Mayors from 6 U.S. cities want Congress to block the deployment of federal agents without approval 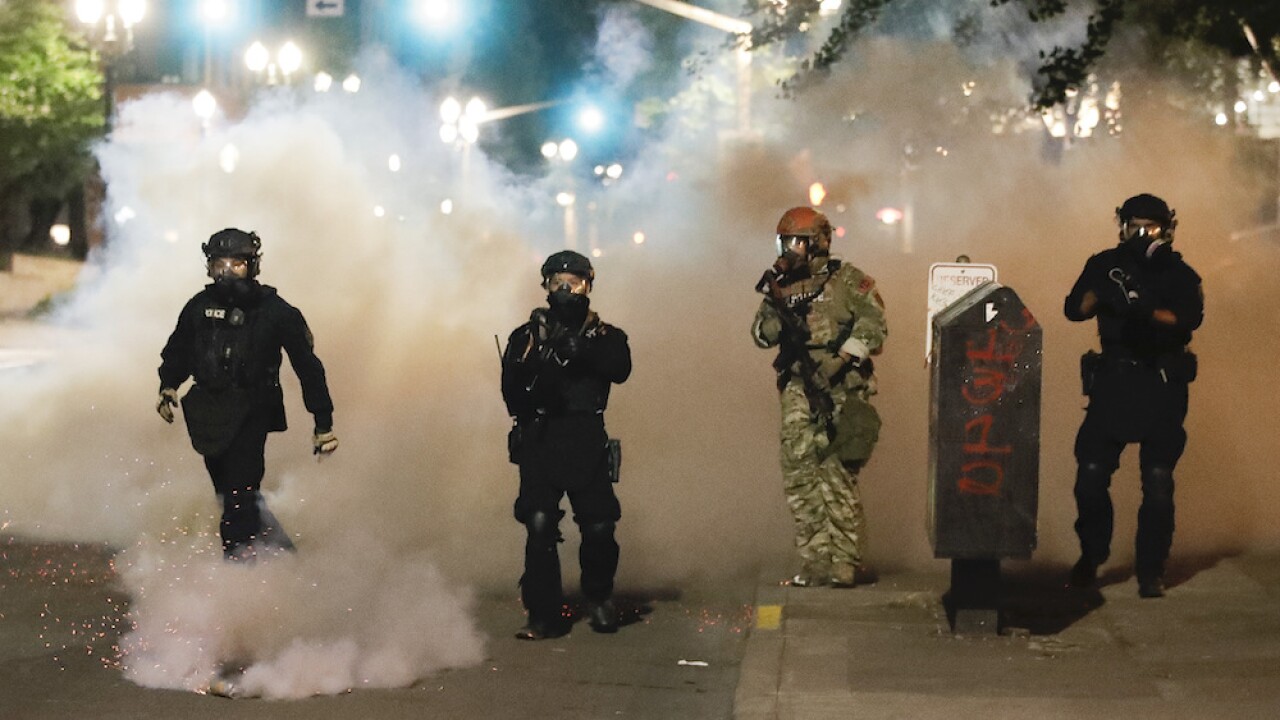 PORTLAND, Ore. — The mayors of six U.S. cities are appealing to Congress to make it illegal for the U.S. government to deploy militarized agents to cities that don’t want them.

The mayors of Portland, Oregon; Seattle; Chicago; Kansas City; Albuquerque, New Mexico; and Washington wrote to leaders of the U.S. House and Senate pushing for limits on agent deployments.

The move came Monday as a top official said federal militarized officers would remain in Portland until attacks on the U.S. courthouse cease.

Federal agents have been patrolling Portland over a little over a week. They were sent to the city by the Department of Homeland Security as part of President Donald Trump's crackdown on the defacement of federal property, statues and monuments.

Protests have taken place nightly in Portland for 60 straight days, since the death of George Floyd at the hands of police in Minneapolis. While the vast majority of those demonstrating have been peaceful, a federal courthouse has been defaced with graffiti, some protesters have thrown fireworks and other projectiles toward officers and others have attempted to breach fencing surrounding the courthouse.

Federal agents have responded by using tear gas, pepper balls and the use of batons to disperse protesters on several occasions. They've also grabbed protesters off the streets and detained them in unmarked cars.

Protests have escalated in intensity since federal agents have arrived in the city, which has forced Oregon Gov. Kate Brown and Portland Mayor Ted Wheeler to call for their removal.