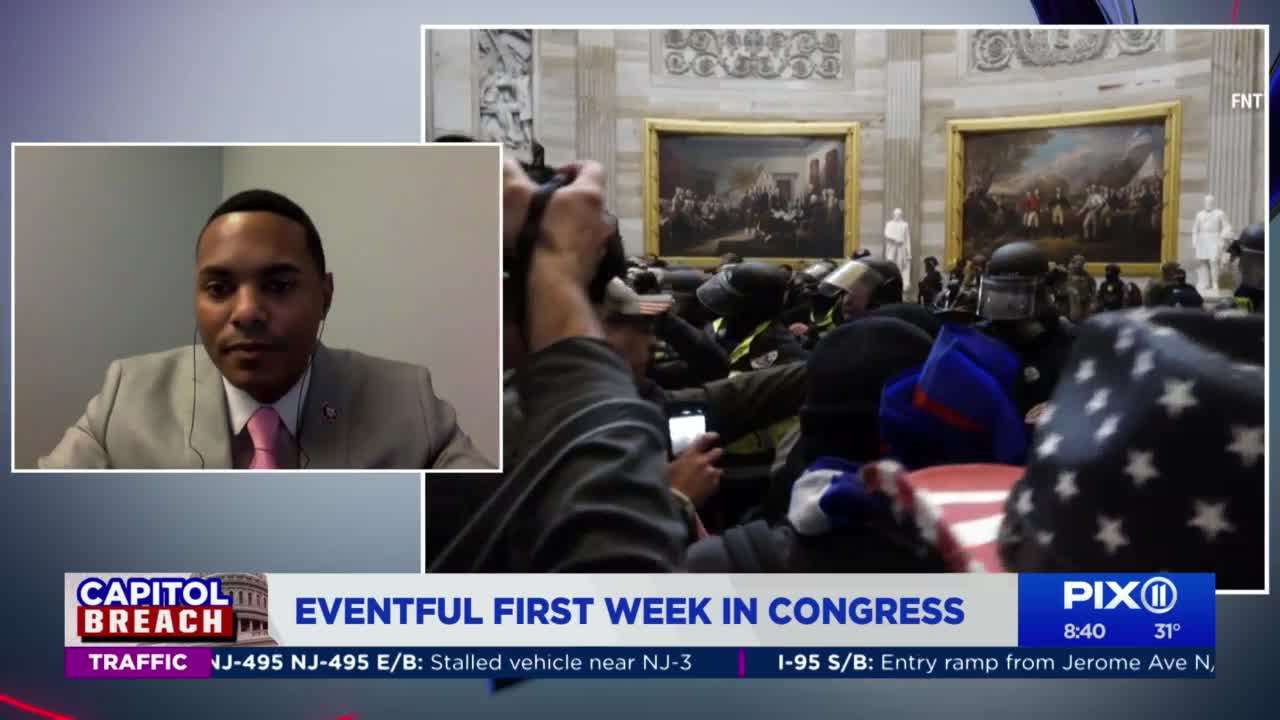 Just days after Bronx Rep. Ritchie Torres was sworn into Congress, chaos ensued when supporters of President Donald Trump breached the U.S. Capitol. Torres shared his personal experience from the day. Plus, Torres reacts to calls for the removal of President Trump from office.

NEW YORK — As Pres. Donald Trump’s supporters sieged the U.S. Capitol, many members of Congress were evacuated from their offices and were advised to lockdown.

Hours after the Joe Biden was certified to be the next president of the United States, several congress members spoke out about the chaos surrounding the Capitol and recounts what happened.

Ritchie Torres had only been a congressman for a few days, but it has been an eventful period for him.

The congressman from the Bronx called the people who stormed into the Capitol a “violent mob” and blamed his Republican colleagues for allowing this to happen.

Torres said if investigations find particular members Congress incited the violence, they should be expelled from office.

“This is not a game. You’re playing with fire,” he said.

Rep. Greg Meeks on being inside Capitol during breach, lockdown

Watching everything play out, Meeks said he was saddened and “knew that the ramification to this was going to be great,”

He also said leaders from other countries were reaching out to him over the violence. Many felt that if violence like that could happen in the United States, let alone having the president escalate the situation, this may happen anywhere else in the world.

Moving forward Meeks said it is important for Congress to “do our job and finish.”

Kim shared his thoughts on national security after the protesters were able to breach multiple federal buildings Wednesday. Plus, Kim told us whether or not he still felt safe himself.

Congressman Adriano Espaillat, who represents Washington Heights and the Bronx, was one of the first local leaders to call out the police response to Wednesday's protesters.

Espaillat spoke to the the PIX11 Morning News on the disparities in how law enforcement reacted to the primarily white group breaching the Capitol, versus the response to primarily Black and brown protesters in the wake of George Floyd's death over the summer.