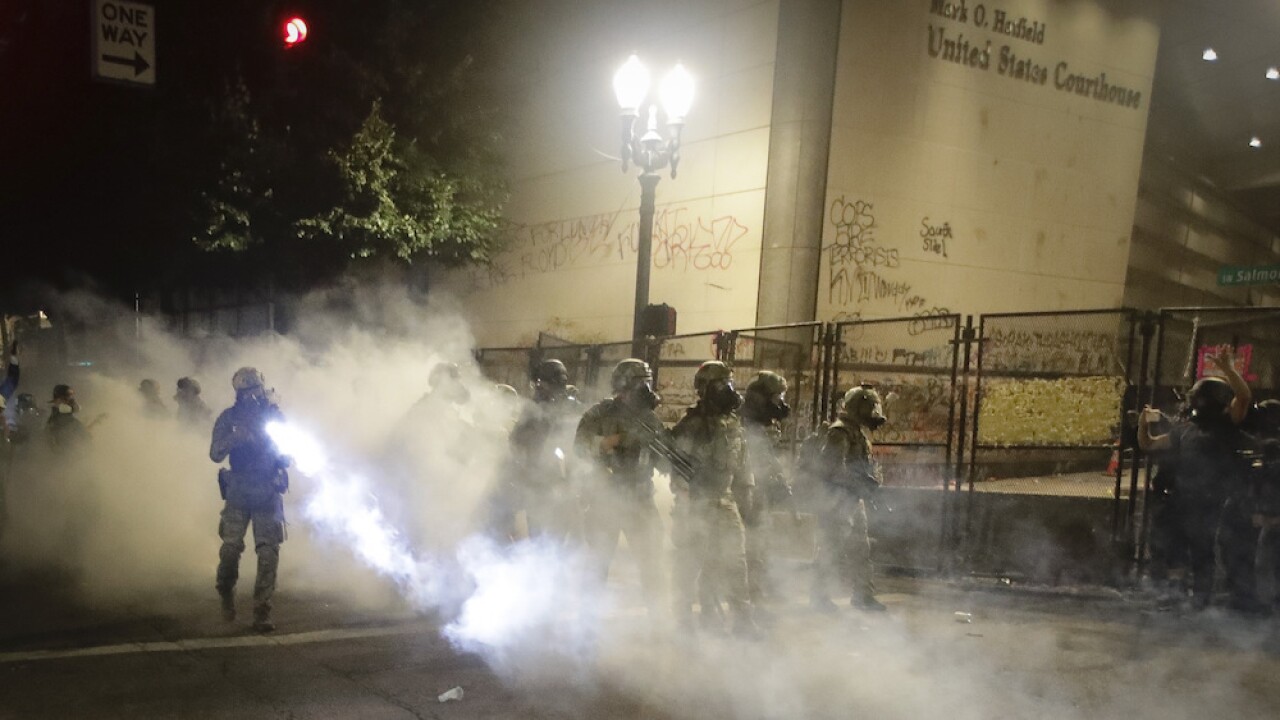 U.S. agents fired what appeared to be tear gas, flash bangs and pepper balls early Monday to clear a mass of protesters outside the federal courthouse in Portland.

Some protesters had climbed over the fence surrounding the courthouse. Others shot fireworks, banged on the fence and projected lights on the building.

The city has seen nightly protests for about 60 straight days since the death of George Floyd.

The Monday morning scene in Portland has become the norm in the city in recent days. Authorities declared a riot in the are of the courthouse on early Sunday morning as some protests breached a gate surrounding the building. The Associated Press reported that six people were arrested.

Later on Sunday, Portland police say a person was shot at a park near where the protests take place. Two people were taken into custody in connection with the incident but later released. The person who was shot was later treated at a local hospital with non-life-threatening injuries.

Portland police also reported Sunday that a bag was found at the same park that contained loaded rifle magazines and Molotov cocktails. It's unclear if the items were related to the protests, and police say the items are not connected with Sunday's shootings.

Though protests have continued for weeks in Portland, they've escalated in the past week since the arrival of federal agents. The agents were sent to Portland as part of a directive from President Donald Trump and Acting Sec. of Homeland Security Chad Wolf to prevent the defacement of monuments, statues and federal property.