Family seeks for answers after inmate dies 3 months before release 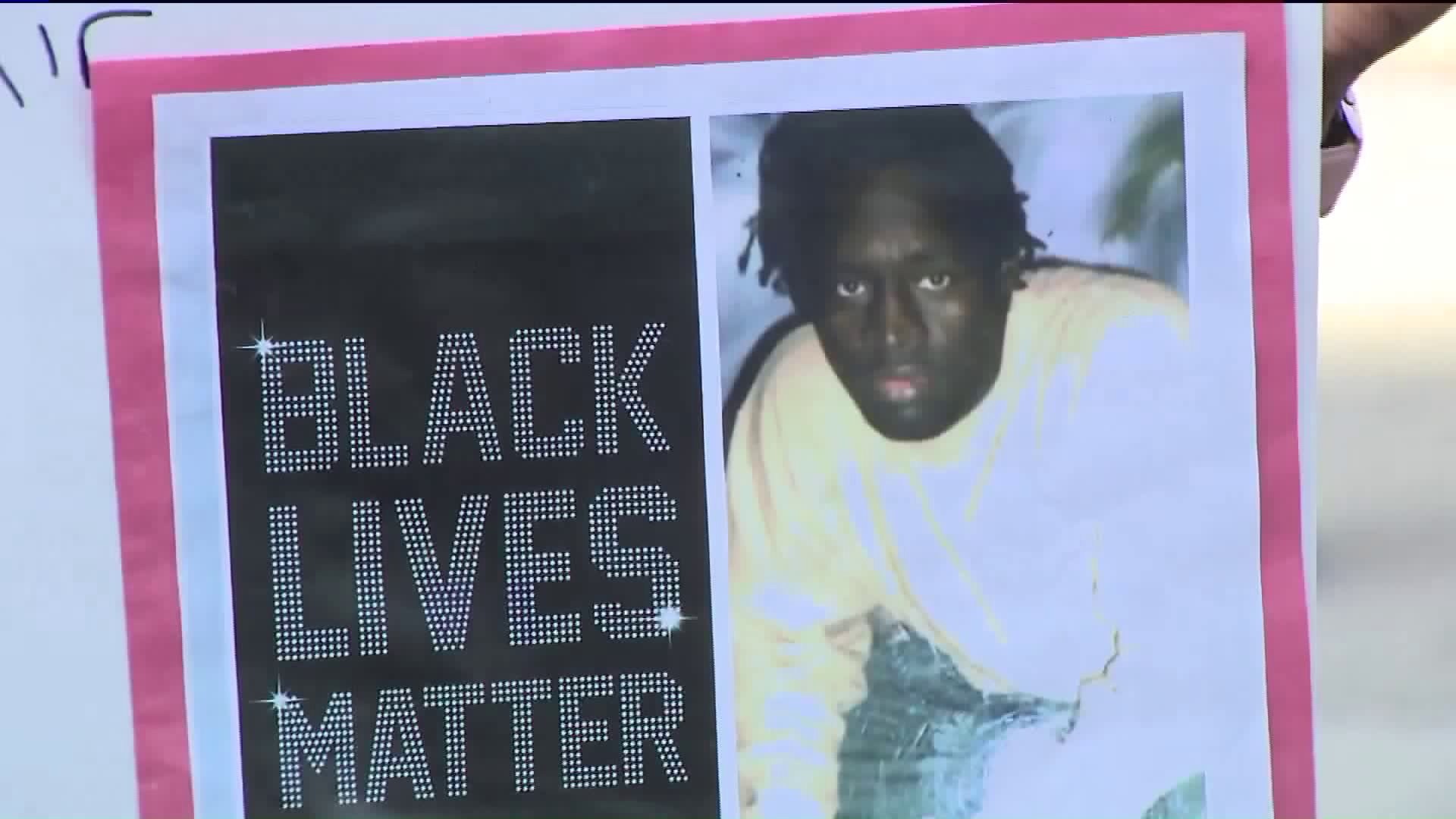 Hundreds marched through the streets of Sunset Park to the Metropolitan Detention Center Thursday in the name Jamel Floyd, an inmate who died after being pepper-sprayed by staff.

SUNSET PARK, Brooklyn — Hundreds marched through the streets of Sunset Park to the Metropolitan Detention Center Thursday in the name Jamel Floyd, an inmate who died after being pepper sprayed by staff.

Floyd, 35, died Wednesday morning. His family said they were notified by a jail chaplain, but still have not gotten any answers as to his cause of death.

Floyd was in various prisons for 13 years and was moved to MDC Brooklyn in anticipation of his release. He was set to go home in September, according to James Floyd.

“He did his time and he didn’t have a chance to make it out the door, that’s the hurtful part about it,“ James Floyd said.

The Bureau of Prisons released a statement saying Jamel Floyd got unruly, trying to break his cell door window with a metal object, prompting officers to use pepper spray to subdue him.

“They have his medical records, he’s an asthmatic and he died from pepper spray,” said Donna Mays, Jamel Floyd’s mother.

Why pepper spray was used on an asthmatic is not the only question this family is asking. They still don’t know if an autopsy has been done or exactly what led to his death.

On Thursday, prisoners rattled windows in support of the Floyd family as protesters rallied on the street below.

Among the protesters were Congresswoman Nydia Velazquez and Council Member Carlos Menchaca.

”There’s no doubt the tensions are getting higher and that the stuff going on in these prisons is being done with no impunity,” said Menchaca, who represents Sunset Park. “There’s absolutely no justice, it’s happening on the streets with the NYPD and it’s happening here.”

Floyd had been an inmate at MDC Brooklyn since October 2019. James Floyd said he last spoke to his son last Friday. Wednesday morning, the family received a call from the jail chaplain telling them their son had died. They also learned that Jamel Floyd was hospitalized Friday night, but again, have no answers as to what led to the hospitalization. Loved ones are now struggling to make sense of what happened

“What was the need for [pepper] spray maybe he was going crazy with the asking for help because he was sick and he didn’t get it,” Mays said. “Why do we have no answers, why this jail has not contacted me?”

The family tells PIX11 their frustration and outrage is mounting. They say they don’t even know where his remains are.