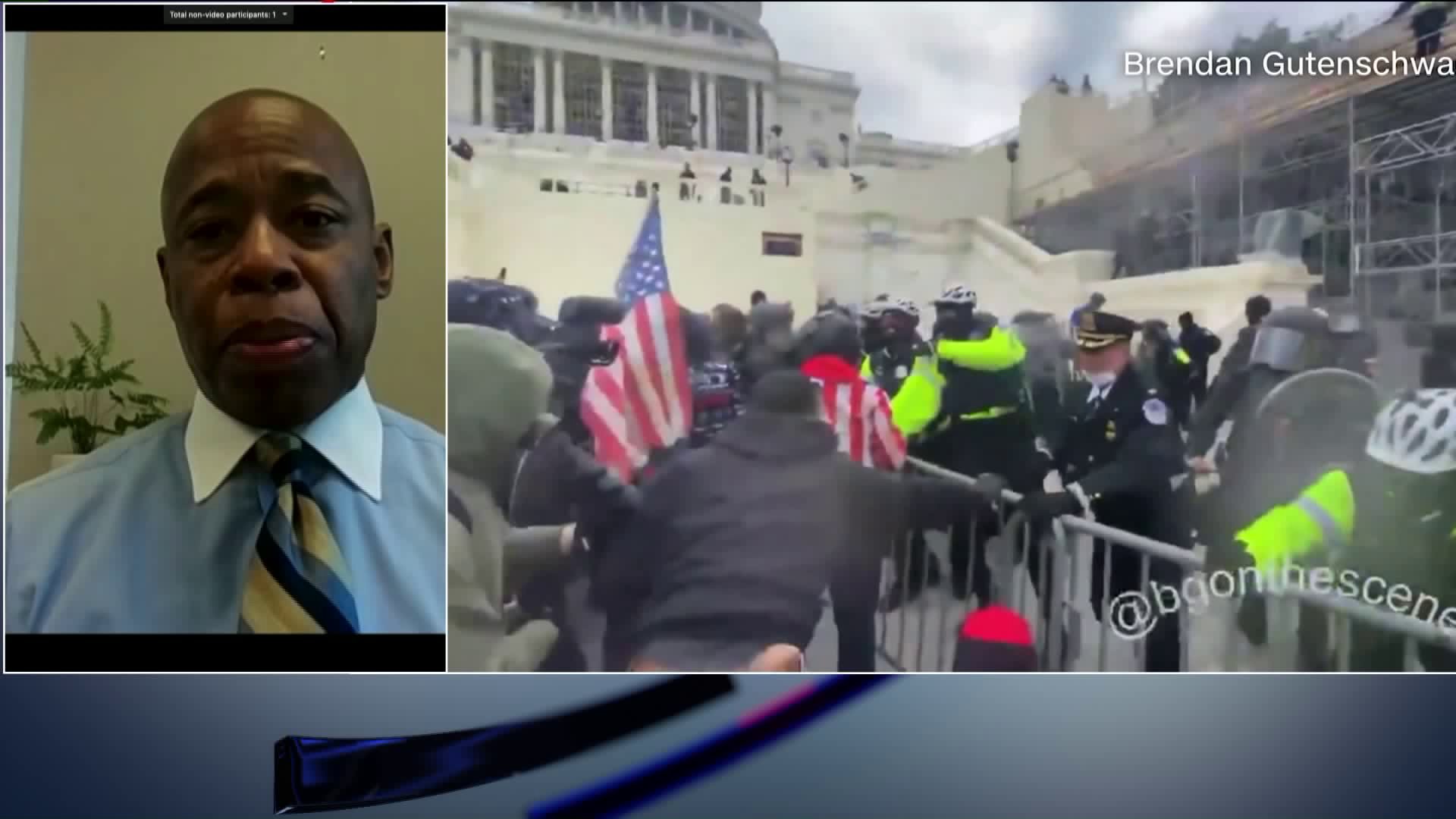 The actions of the Capitol police officers have become a target of a federal investigation in the wake of Wednesday’s riots. The police chief has resigned as more information comes out about how officers allegedly aided the mob. Brooklyn Borough President Eric Adams is demanding action on four fronts so everyone involved is held responsible. 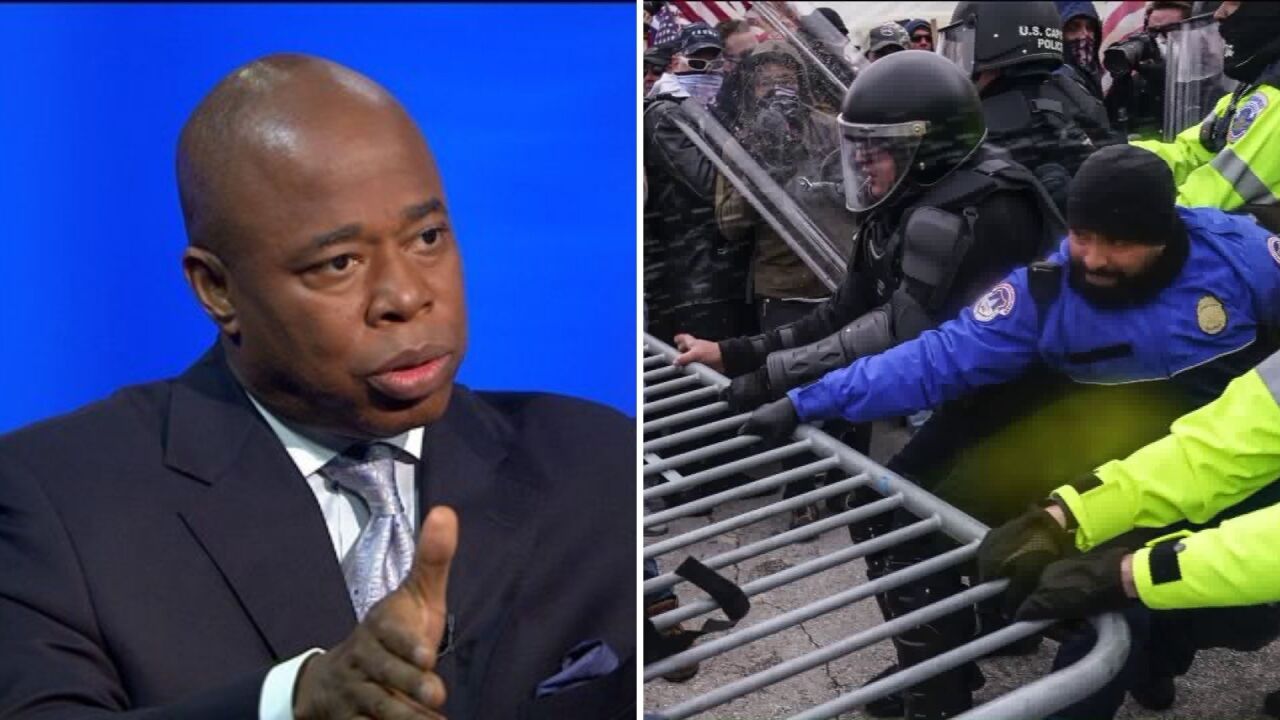 Watch Adams' press conference here now or in full below

The 2021 New York City mayoral candidate was joined by Williams and other community leaders Wednesday morning to demand the Department of Justice formally look into the response by Capitol Police to Wednesday's siege.

Adams said he and the other officials were demanding the following four things:

Four people died, including a woman who was fatally shot, during what Adams has called an attempted coup and other local leaders have called an attack on our democracy.

Adams and Williams also contrasted Wednesday's "lenient" response with the overwhelming use of force by police in New York City and across the country in response to summer protests in the wake of George Floyd's death at the hands of a police officer in May.

He also spoke to PIX11 Morning News to further call for an investigation into Capitol police officers.

Brooklyn BP calls for investigation on Captiol police
Copyright 2021 Scripps Media, Inc. All rights reserved. This material may not be published, broadcast, rewritten, or redistributed.