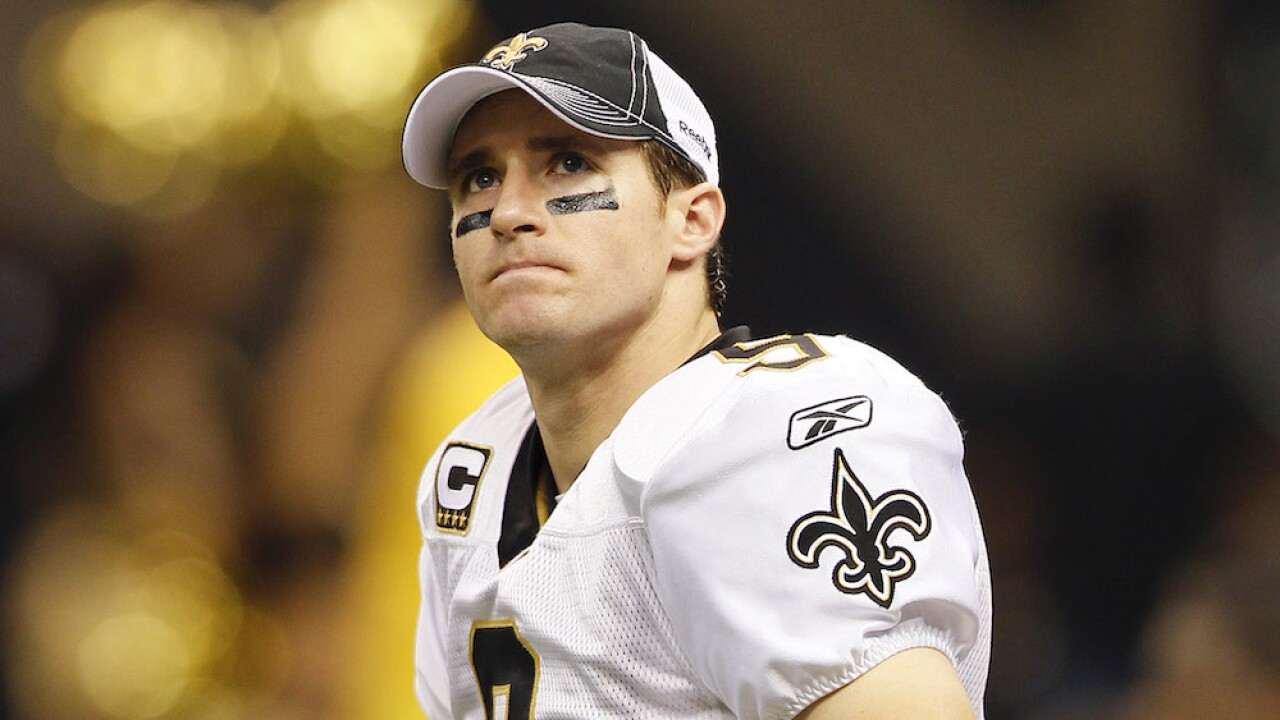 New Orleans Saints quarterback Drew Brees took to Instagram Thursday morning to apologize for comments he made about fellow NFL players who knelt during the national anthem in a protest against police brutality and racial discrimination.

"I would like to apologize to my friends, teammates, the City of New Orleans, the black community, NFL community and anyone I hurt with my comments yesterday," Brees said, in part. "In speaking with some of you, it breaks my heart to know the pain I have caused."

During an appearance on Yahoo Finance on Wednesday, Brees discussed the ongoing protests that have taken place throughout the country in the wake of the death of George Floyd at the hands of police in Minneapolis.

At one point during the interview, Brees was asked about players — led by San Francisco 49ers quarterback Colin Kaepernick — who knelt during the national anthem in 2016 and 2017 in protest over the extrajudicial killing of black people by police.

"I will never agree with anybody disrespecting the flag of the United States of America or our country," Brees said, according to CBS Sports. "Let me just tell you what I see or what I feel when the national anthem is played, and when I look at the flag of the United States. I envision my two grandfathers, who fought for this country during World War II, one in the Army and one in the Marine Corp. Both risking their lives to protect our country and to try to make our country and this world a better place."

Brees added that he believed standing for the flag was a way to bring "unity" to the country during times of division.

"Every time I stand with my hand over my heart, looking at that flag, and singing the national anthem, that's what I think about, and in many cases, it brings me to tears, thinking about all that has been sacrificed," Brees said. "Not just those in the military, but for that matter, those throughout the civil rights movements of the '60s, and everyone, and all that has been endured by so many people up until this point. And is everything right with our country right now? No, it's not. We still have a long way to go, but I think what you do by standing there and showing respect to the flag with your hand over your heart, is it shows unity. It shows that we are all in this together, we can all do better and that we are all part of the solution."

Brees' comments prompted an angry response from many current and former athletes, including his team's top wide receiver, Michael Thomas.

"We don’t care if you don’t agree and whoever else how about that," Thomas tweeted Wednesday.

I would like to apologize to my friends, teammates, the City of New Orleans, the black community, NFL community and anyone I hurt with my comments yesterday. In speaking with some of you, it breaks my heart to know the pain I have caused. In an attempt to talk about respect, unity, and solidarity centered around the American flag and the national anthem, I made comments that were insensitive and completely missed the mark on the issues we are facing right now as a country. They lacked awareness and any type of compassion or empathy. Instead, those words have become divisive and hurtful and have misled people into believing that somehow I am an enemy. This could not be further from the truth, and is not an accurate reflection of my heart or my character. This is where I stand: I stand with the black community in the fight against systemic racial injustice and police brutality and support the creation of real policy change that will make a difference. I condemn the years of oppression that have taken place throughout our black communities and still exists today. I acknowledge that we as Americans, including myself, have not done enough to fight for that equality or to truly understand the struggles and plight of the black community. I recognize that I am part of the solution and can be a leader for the black community in this movement. I will never know what it’s like to be a black man or raise black children in America but I will work every day to put myself in those shoes and fight for what is right. I have ALWAYS been an ally, never an enemy. I am sick about the way my comments were perceived yesterday, but I take full responsibility and accountability. I recognize that I should do less talking and more listening...and when the black community is talking about their pain, we all need to listen. For that, I am very sorry and I ask your forgiveness.