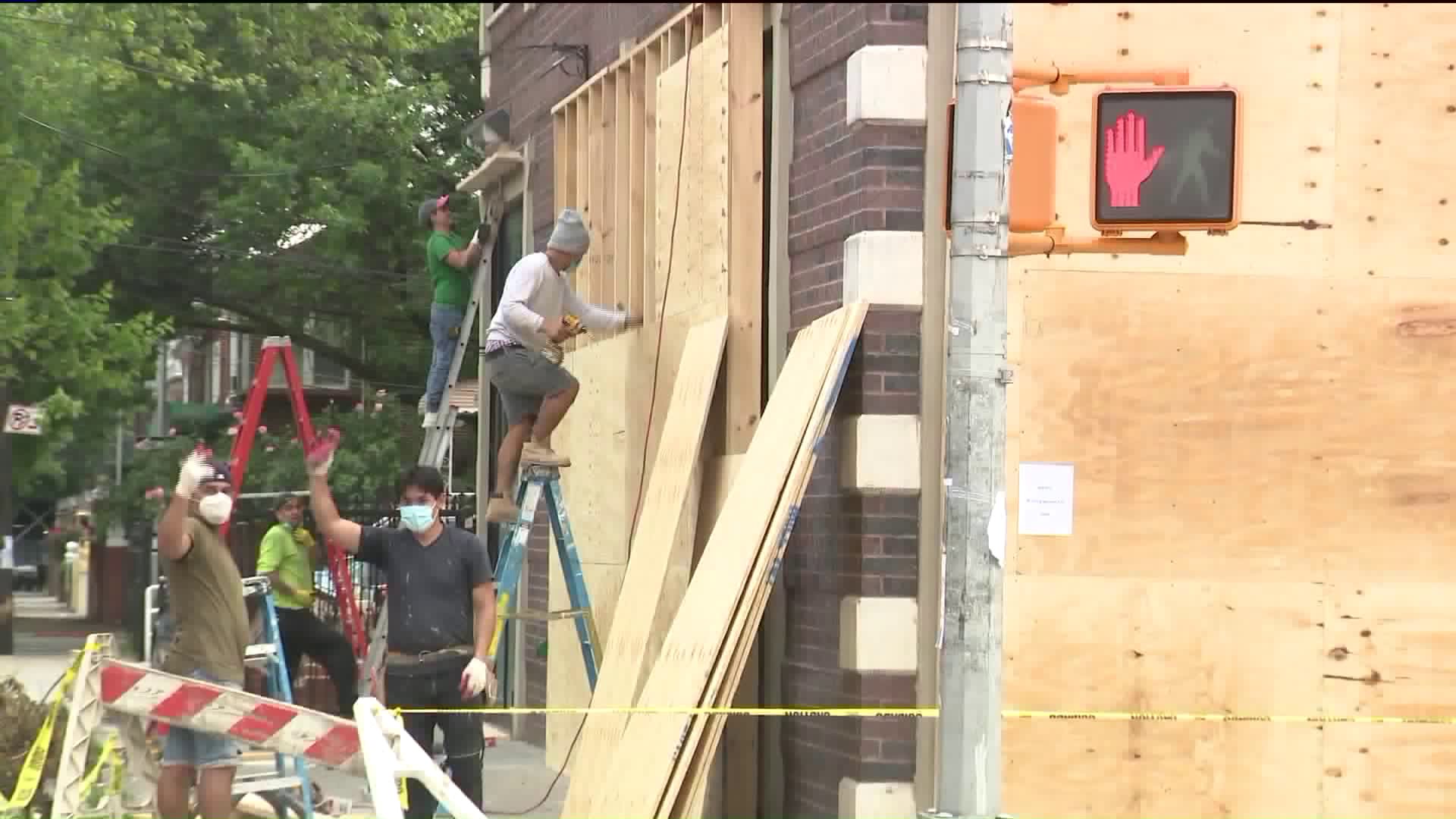 The NYPD warned of potential looting and danger for officers.

JACKSON HEIGHTS, Queens — Protests in the five boroughs have been peaceful in the overwhelming majority of cases. However, because of information the NYPD has said it received monitoring social media, the department has responded strongly in some cases after the curfew starts.

That's what the police commissioner and mayor said on Friday, despite criticism from protesters who said police are abusing their authority in some cases.

One Bronx case in particular has gotten a lot of criticism.

It happened on 136th Street in the Mott Haven section of the Bronx, where police made a series of arrests right around the start of curfew beginning, at 8:00 p.m.

Alan Williams, who's been at a variety of protests in the last week, recorded Thursday evening's demonstration in Mott Haven on his cellphone.

"You can see police collapsing onto protesters," Williams, who goes by the handle @awilli33 on Twitter, said in an interview.

By many accounts, police surrounded demonstrators at the scene, including clearly identified medics and legal rights observers, and beat some of them before arresting them.

A pregnant woman was among the people taken into custody. She was taken away in an ambulance, according to witnesses.

For its part, the NYPD said that they'd received intelligence that people had intended to carry out crimes and cause mayhem at the scene. The police commissioner, at the virtual news conference with Mayor Bill de Blasio on Friday, said his officers weren't taking any chances.

Williams said he was skeptical.

"The police commissioner, the mayor, they can say whatever they want," Williams told PIX11 News. "We all know there's a stark difference" between how the curfew is enforced "in the Bronx and Manhattan," he said.

Meanwhile, local elected officials in the Jackson Heights and Elmhurst neighborhoods of Queens had warned of a threat of looting and mayhem on Friday, before the curfew began.

There was no indication that the perceived threat was carried out, but many local businesses boarded up anyway, as a precaution.