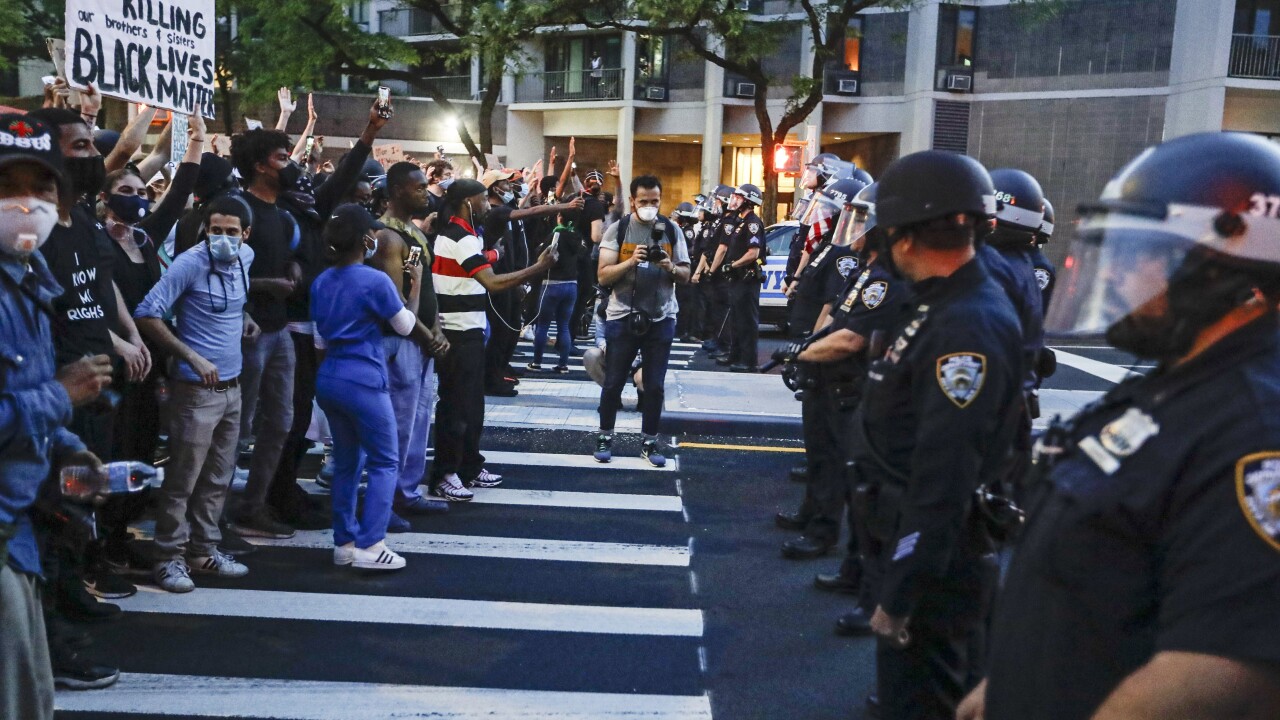 Frank Franklin II/AP
Protesters confront NYPD officers in Brooklyn on June 3, 2020, as part of a solidarity rally calling for justice over the death of George Floyd.

NEW YORK — An executive order was unveiled Friday, requiring police and local governments in New York to reinvent the way policing will be managed in the state's communities.

Gov. Andrew Cuomo announced the launch of the NYS Police Reform and Reinvention Collaborative during his daily briefing, which requires local governments and police agencies to develop a plan that would modernize policing strategies and programs.

“This is systemic reform of police departments,” Cuomo said.

“This is sitting down and taking a look at exactly what they do and have been doing and looking at it through a new lense of reform and reinvention,” Cuomo said, adding that police reform in the state came into light after the police-custody death of George Floyd in Minneapolis, but it has been “40, 50 years in the making.”

Under the order, local governments and police departments must formulate a plan and address the following:

The discussion must be done with community participants in the room.

Officials in every city and county must enact the plan by local law by April 1 to be eligible for state funding.

“We’re not going to fund police agencies in this state that do not look at what has been happening, come to terms with it and reform themselves,” the governor said.

Cuomo said there has been “a breach of trust” between police and the community, and this order needs to be done to restore the relationships between the two groups.

The governor also signed a police reform legislation into law, which included reforming or repealing Civil Rights Law 50-a, banning chokeholds by law enforcement officers, prohibiting and criminalizing false, race-based 911 reports and codifying the designation of the attorney general as an independent prosecutor when an unarmed civilian is killed by police.

Civil rights activist Rev. Al Sharpton joined Cuomo during his press conference, calling this “a victory for all.”

Floyd, a Black man, died after a White police officer knelt on his neck for nearly nine minutes during an arrest for an alleged non-violent crime.

His death was captured on cellphone video and widely shared on social media, reigniting national discourse over police brutality and racial inequality.