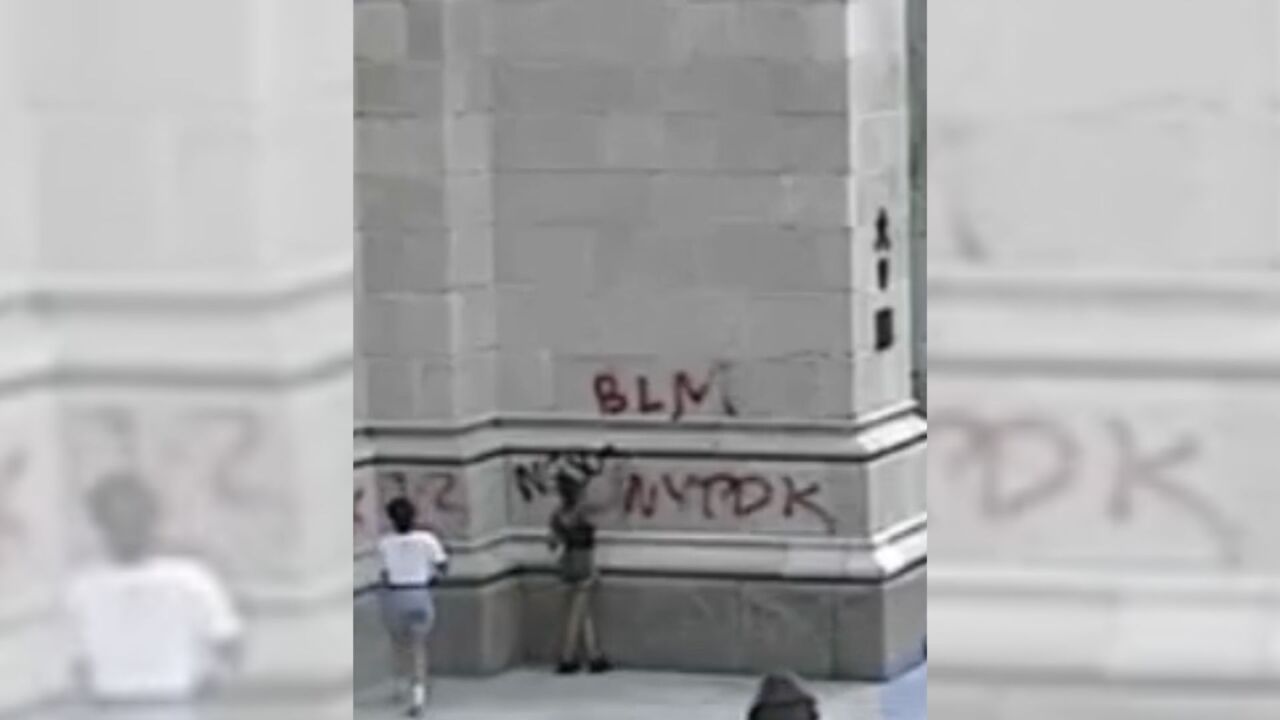 Anaya Diaz, 18, and another teenage girl, 17, were taken into custody and face charges of criminal mischief and graffiti, authorities said.

The iconic Manhattan landmark was vandalized with the words “F--k,” “BLM,” and “NYPDK” written in red or black spray paint on May 30. BLM is the acronym for the Black Lives Matter movement.

In surveillance video first obtained by PIX11 News, two people can be seen spray painting the facade of the cathedral in broad daylight.

A third person, Yadir S, Avila Rosas, 26, had been taken into custody on June 6 for the same incident.

The incident occurred during ongoing protests across the city following the police-custody death of George Floyd in Minneapolis on May 25.