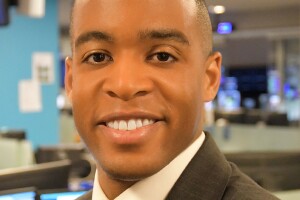 Justin Walters is a sports multi-media journalist for PIX11.

Prior to joining PIX11, Justin was the sports director and anchor for WRNN-TV/Fios1 News in the greater New York City area. While there, he covered all of the New York sports teams until the Fall of 2019. Some of his most memorable assignments at Fios1 include the Floyd Mayweather Jr. vs. Conor McGregor fight in Las Vegas and Mariano Rivera's unanimous Hall of Fame induction in Cooperstown, NY.

Justin started his career in 2013 with WBBJ-TV in Jackson, TN. It was the experience he gained while working for NBC during the 2012 London Olympics and NBC Sports Philadelphia that prepared him to take a leap of faith to Tennessee.

Justin grew up in Mount Vernon, NY and attended Iona Prep High School. He graduated from La Salle University with a Bachelor of Arts in broadcast journalism.

Walters is an active member of The National Association of Black Journalists and Kappa Alpha Psi Fraternity, Inc.

Don't hesitate to connect with him on social media or contact him with a story idea, comment or concern.