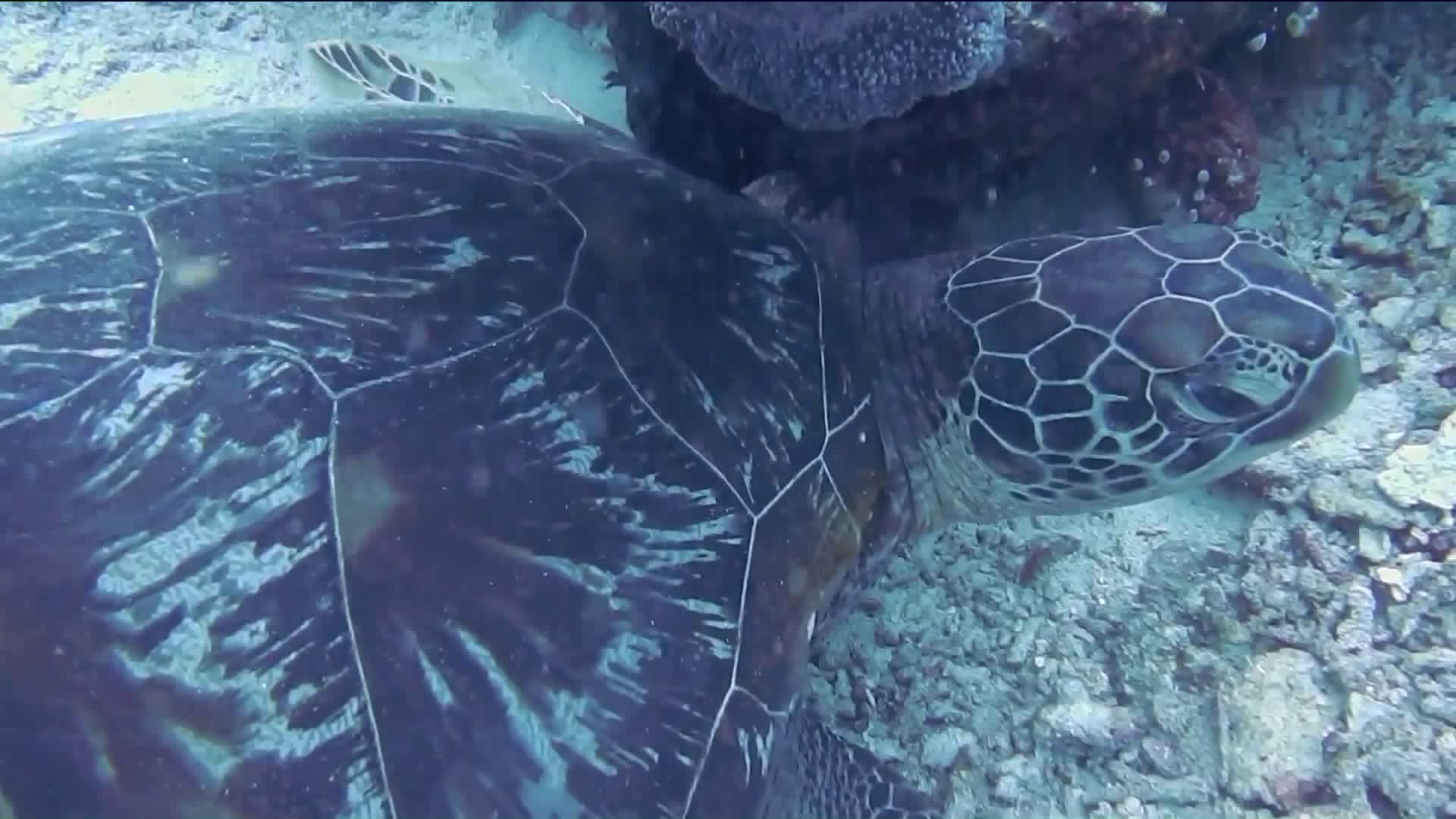 Scientists are on a mission to track fish from outer space. It's a new way to monitor deep sea creatures and they hope it can even help protect the earth's future.

Countless fish swim from the depths of the ocean to the surface to feed on phytoplankton every night.

It’s a process known as Diel vertical migration, the largest animal migration on the planet.

Now, scientists are on a mission to find out if it holds the answer to fighting climate change.

Michael Behrenfeld is a Professor at Oregon State University, and lead author of a recent study of DVM using a NASA satellite laser called CALIPSO, which stands for Cloud-Aerosol Lidar and Infrared Pathfinder Satellite Observations.

The satellite has a laser that shoots pulses of laser light down to the earth and measures the scattering of that light back up to the satellite. Those measurements are then used to see the signatures of the migrators across the globe every 16 days for 10 years.

Since phytoplankton absorb carbon dioxide through photosynthesis during the day, the fish actually help to protect our environment at night by feeding on these little plants, further contributing to the ocean’s ability to absorb greenhouse gas from the atmosphere.

Monitoring deep sea marine animals from space has never been done before. Behrenfeld says they're just scratching the surface and plan to continue testing to gain a better understanding of how the earth functions, and the link between climate change and sea animal migration. The more we know will bring us closer to safeguarding our future.