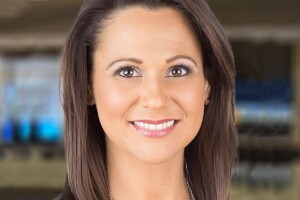 Erica Grow is a freelance meteorologist for PIX11 News, first joining the team in 2020.

Before joining the PIX11 weather team, she was an on-camera meteorologist for WNBC in New York. While at WNBC, she occasionally provided breaking weather coverage for the NBC network and for MSNBC. She also helped create and implement WNBC’s popular “Weather Kids” school-outreach program.

Before moving to New York, Erica was an on-camera meteorologist for WUSA in Washington, DC. This is also where she received her CBM, or Certified Broadcast Meteorologist, accreditation from the American Meteorological Society in 2012.

Erica’s passion for the amazing science of meteorology goes back to elementary school, when she would spend time at recess looking at the clouds, trying to find the jet stream. She founded the science club at her school in fourth grade, and even taught lessons on the solar system to her classmates in first grade. Today, she fulfills this passion for science on camera at PIX11, and off camera with the American Meteorological Society. Erica is serves on the AMS Council, a position she was elected to by her peers in the Society in 2018. She also served as a delegate to the 18th Congress of the World Meteorological Organization in Geneva, Switzerland in 2019.

In her free time, Erica is serving as a teacher mentor for AMS’s DataStreme Atmosphere, a program that allows science teachers to gain continuing education credits by studying the weather. She also serves on the Advisory Board for the Climate Museum in NYC and was a member of the STEM Advisory Council for the Children’s Science Center of Northern Virginia.

Born and raised in the Lehigh Valley of Pennsylvania, Erica is a proud Penn Stater, and visits her Alma Mater as often as possible. She serves on Penn State NYC’s Chapter Executive Board and on the University’s Department of Meteorology Development Committee.