Rapper Tekashi 6ix9ine gets 2 years in jail for racketeering 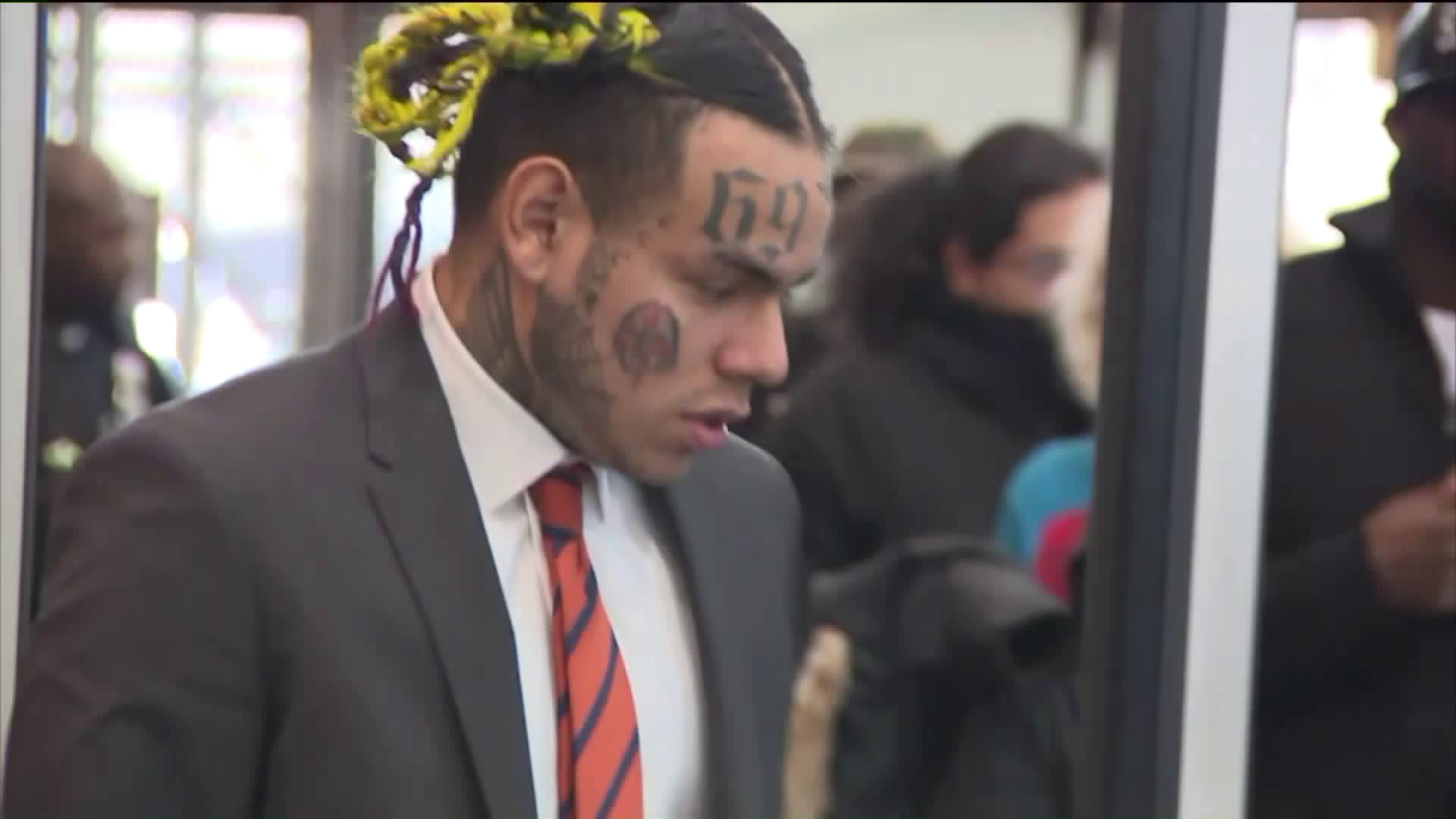 Tekashi 6ix9ine, the flamboyant Brooklyn rapper who pleaded guilty to racketeering and testified against several members of his Bloods gang, was sentenced to two years in prison in federal court on Wednesday morning.

NEW YORK — Tekashi 6ix9ine, the flamboyant Brooklyn rapper who pleaded guilty to racketeering and testified against several members of his Bloods gang, was sentenced to two years in prison in federal court on Wednesday morning.

His attorney, Lance Lazzaro, asked the court to sentence him to time served, saying he has a limited criminal history and that he provided "extraordinary assistance and cooperation with the government," according to a court filing. He gave the government an "insider's view" of the Nine Trey gang, Lazzaro wrote, and even testified in court against two fellow gang members.

Before the sentencing the U.S. Attorney asked the judge to consider the valuable intel #Tekashi69 aka Daniel Hernandez provided to the government which led to the prosecution of nearly half a dozen gang members @PIX11News

Prosecutors formally requested in a sentencing memo that 6ix9ine, born Daniel Hernandez, receive a reduced sentence because of his testimony and information.

Two victims of an April 2018 armed robbery filed victim impact statements to the court saying that the attack, orchestrated by 6ix9ine, had caused severe stress and left them in constant fear for their lives.

"Why should this person, who nearly ended my life, be free when I am not free?" one victim, an unnamed 33-year-old man, wrote in court filings.

The sentencing is a concluding chapter in the startling rise and dramatic fall of 6ix9ine. The 23-year-old burst onto the rap scene with "GUMMO" in October 2017, and particularly its music video. With 360 million views on YouTube, the video shows the rainbow-haired, face-tattooed rapper surrounded by guns, drugs, stacks of cash and a group of people wearing red, the color associated with the Bloods gang.

Still, prosecutors say he did not join the Nine Trey gang until November 2017, after the success of "GUMMO." The song peaked at No. 12 on the Billboard Hot 100, and he later collaborated with Nicki Minaj on their 2018 song "FEFE."

6ix9ine apologized for 'misrepresenting myself'

But his career came to a screeching halt last November when he was charged alongside other alleged members of the gang known as Nine Trey Gangsta Bloods with serious federal charges including racketeering. US Attorney for the Southern District of New York Geoffrey S. Berman said the gang "wreaked havoc on New York City, engaging in brazen acts of violence."

6ix9ine pleaded guilty to nine charges in February, including racketeering, and then informed on his associates, according to court documents. He testified as a witness during the trials of Anthony Ellison and Aljermiah Mack, who were both convicted of felonies, Lazzaro wrote.

6ix9ine "helped the fovernment fill in the blanks" to a number of gang-related cases, the U.S. attorney said Wednesday, and was so cooperative it was "extraordinary."

In a letter to judge filed last week, 6ix9ine apologized for his crimes, for joining the gang and for "misrepresenting myself" to his fans.

"I now know that I am remorseful for what happened because I was blessed with the gift of an opportunity that most people dream of but I squandered it by getting involved with the wrong people and misrepresenting myself when I should have been true to myself and my fans," 6ix9ine wrote.

"I'm sorry to the victims who were affected by my actions, to my fans who look up to me and were misled, to my family who depends on me and to this courtroom for this mess that I contributed to."

Lazzaro portrayed 6ix9ine as a young man who joined the Nine Trey gang to promote his rap career and support his family.

"Mr. Hernandez is a rap artist who foolishly joined the Nine Trey Gansta Bloods in an attempt to promote a gangster persona which would help him sell his music and advance his career," Lazzaro wrote in the filing.