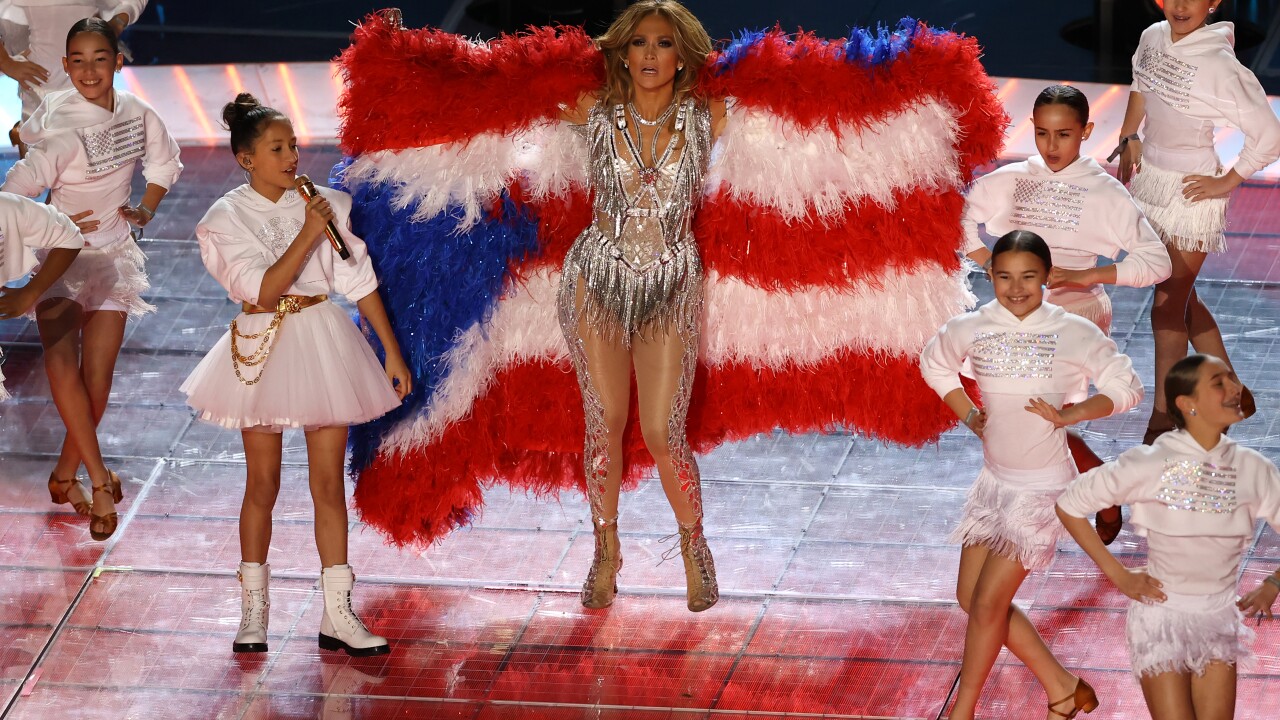 Screams echoed across Puerto Rico when Jennifer Lopez unfurled a feather cape representing the flag of the U.S. territory during the Super Bowl’s halftime show.

It's a moment that many were still replaying and sharing on Monday.

The move came at a trying time for the island of 3.2 million U.S. citizens. They're struggling to recover from a devastating hurricane, a major earthquake and lingering recession.

Many also praised what they believe was a political message.

The custom Versace cape had 40,000 feathers in it and 2,000 crystals that made up the lone star on Puerto Rico's flag.