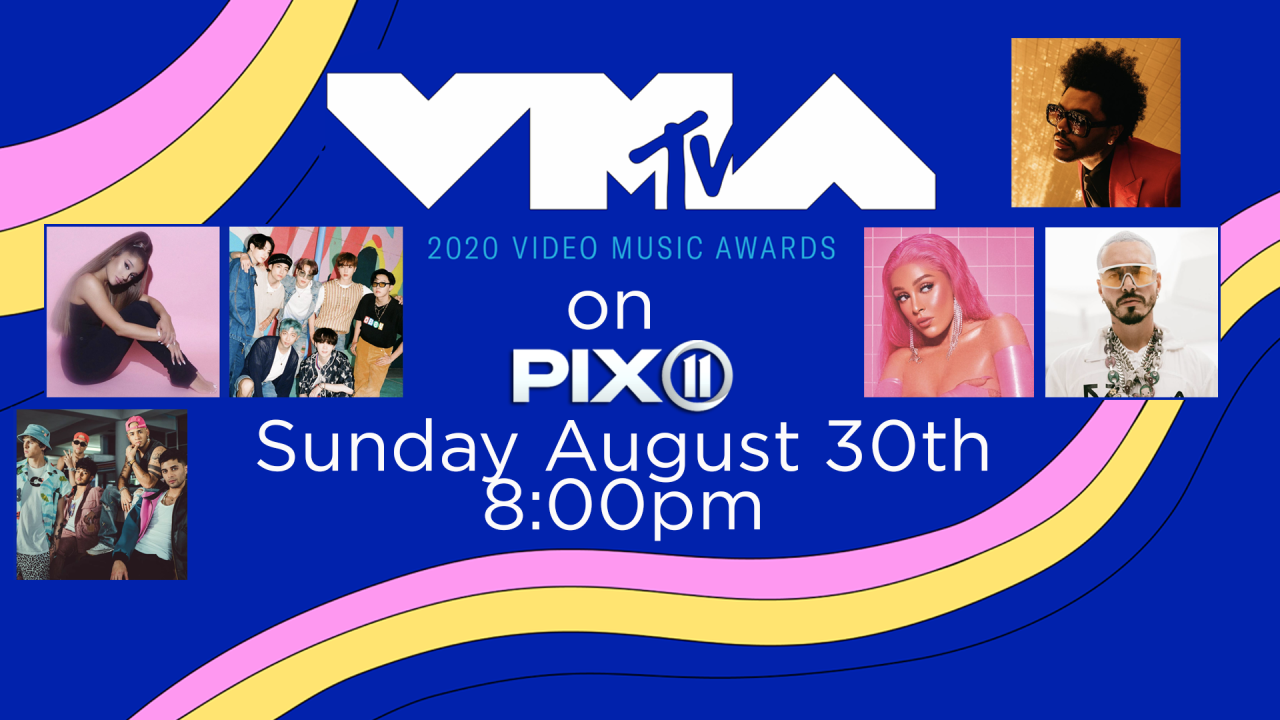 NEW YORK — The following is a press release:

MTV announced today that it has added The CW Network to its simulcast of the 2020 “VMAs” on Sunday, August 30 at 8pm ET, making it available to an expanded broadcast audience for the first time.

The iconic awards show, which this year will pay homage to New York City and its resilience, will also air across 11 ViacomCBS brands, in addition to The CW, immediately following the 90-minute “VMAs” preshow that will air exclusively on MTV.

Viewers in PIX11's viewing area can watch the VMAs on Channel 11.

In continuing to amplify the spotlight on New York City, MTV will expand this year’s “VMAs” with unprecedented access to the show.