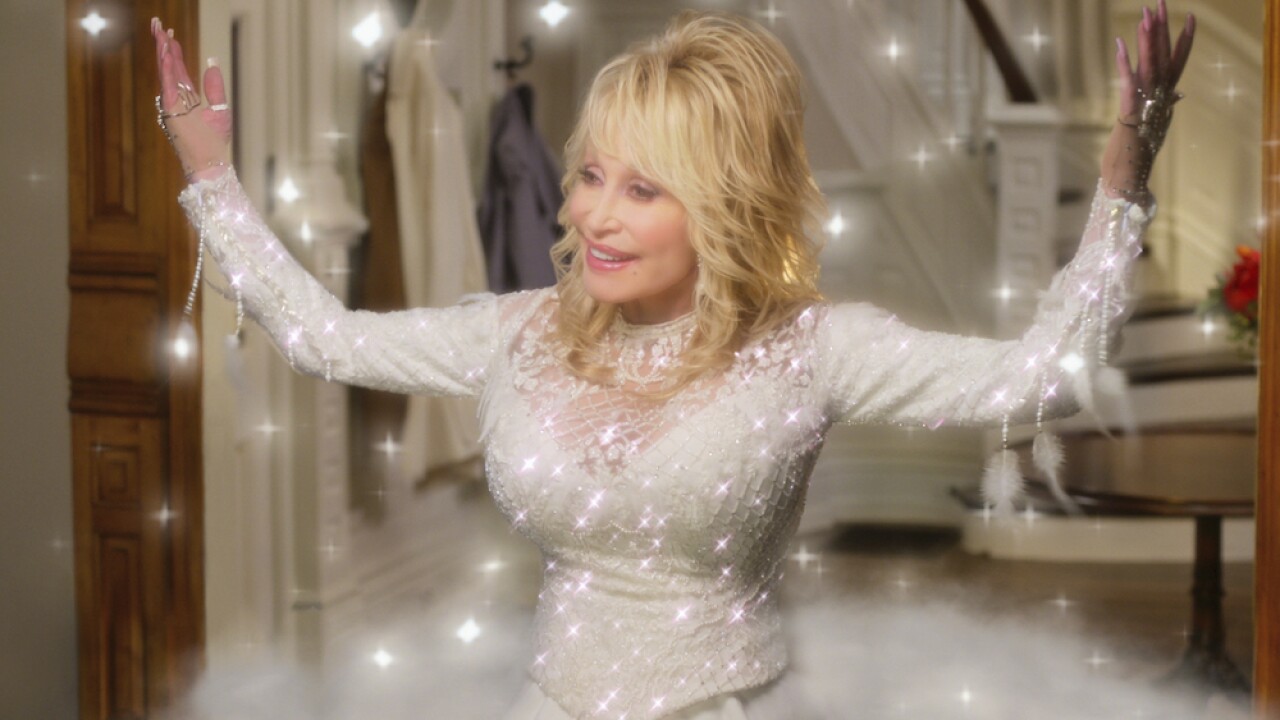 ¬© 2020 Netflix, Inc.
AP
This image released by Netflix shows Dolly Parton in a scene from "Dolly Parton’s Christmas on the Square." (Netflix via AP)

On Monday, drugmaker Moderna offered renewed hope that the COVID-19 pandemic could soon end when it announced that is vaccine candidate was 95% effective in Phase 3 clinical trials.

The announcement marked a resounding success for dozens of researchers, doctors, scientists and health experts who have worked tirelessly for months in the hopes of producing a viable vaccine — and among those credited with helping to fund the research was beloved country singer and philanthropist Dolly Parton.

In April, Parton announced that she was making a $1 million donation to the Vanderbilt University Medical Center that was earmarked for COVID-19 research. The team at Vanderbilt has worked with Moderna throughout its development process and helped conduct vaccine trials for people in the Nashville area.

"This is an exciting time for us in vaccines because it shows us that both of the vaccines that we've evaluated so far, one from Pfizer and one from Moderna has shown themselves to be effective when given in these phase three trials," said Dr. Buddy Creech, the director of Vanderbilt's Vaccine Research Program. "So, it gives us a lot of confidence that not only are these vaccines successful, but other vaccines that are built similarly will have the same level of success."

Parton's contribution proved so valuable to Moderna's vaccine development that her foundation, Dolly Parton COVID-19 Research Fund. was mentioned in a footnote of the New England Journal of Medicine's preliminary report about the drug.

"I'm just happy that anything I do can help somebody else, and when I donated the money to the COVID fund, I just wanted it to do good," Parton told NBC's Today Show on Tuesday. "Evidently, it is. Let's just hope we find a cure real soon."

Parton has long been known as a generous philanthropist — from her work in supporting families affected by the 2016 wildfires in her birthplace of Tennessee's Smokey Mountains to her "Imagination Library," which has mailed more than 100 million books to children in need through the decades.