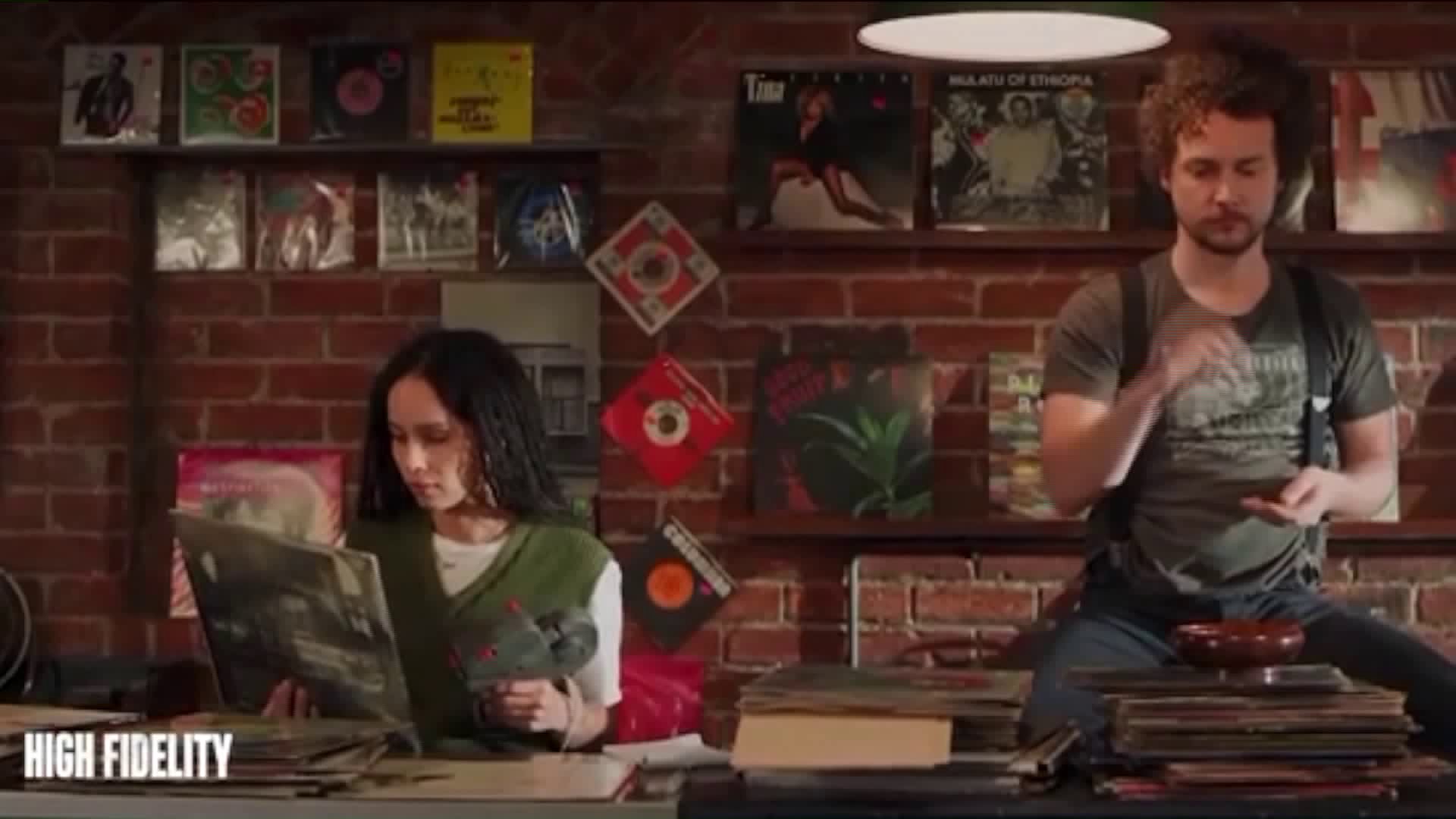 Star and executive producer Kravitz has said she has fond memories of going to record shops in the East Village as a teenager. She's also seen the city-wide effects of gentrification first hand. She draws on both for the series.

LOWER MANHATTAN — The New York City red carpet premiere of Hulu's "High Fidelity" was at Metrograph Thursday night, celebrating the new show based on the film released 20 years ago.

Zoe Kravitz, best known for her role on the HBO hit "Big Little Lies" and for being the daughter of rocker Lenny Kravitz and actress Lisa Bonet, not only stars as the main character, but also serves as executive producer. She and her cast mates walked the carpet Thursday.

Kravitz moved the setting for High Fidelity, the series, to Crown Heights, Brooklyn.

"I've lived in New York for 15, 16 years now and it's my favorite place in the world," said Kravitz. "I've seen a lot of shows and movies get it very right and very wrong, and I think when New York is done right, it's one of the most magical places in the world, and it was a very exciting thing to bring my version of New York to the screen."

The original movie became a cult hit in 2000. A rom-com, "High Fidelity" centered on a Chicago record store owner who lives his ups and downs through music, and learns about life and love from the experiences of friendships and breakups.

The main character, Rob, was played by John Cusack. Twenty years later in the Hulu rebooted TV series, Kravitz takes on the role. Her character Robin, is known as Rob.

"I've always loved this character, and it was funny when you watched the film and as a woman, I identified with a man the most," said Kravitz. "It was an exciting thing to step into the shoes of someone I thought I could relate to."

Kravitz' famous mother, Bonet, had a small role in the original movie.

The reboot was shot in Crown Heights, and for David Holmes, who plays the major character of Simon, it hits close to home — literally. The bartender turned actor was able to walk to work.

"We shot in Crown Heights where I've been living for the last 10 years, so a lot of the extras that you see are people that I know, a lot of the locations are bars that I worked in, bodegas that I go to," said Holmes. "It felt really important to be repping a part of the city that I love and technically have grown up in. I've been in Brooklyn since I was 17, so in a lot of ways I grew up here too, so to be able to be a part of this love story to Brooklyn is really important."

Kravitz has said she has fond memories of going to record shops in the East Village as a teenager. She's also seen the city-wide effects of gentrification first hand. She draws on both for the series.

Both movie and series are based on the best selling book by Nick Hornby; his book was released in 1995.

"It's weird, the book is 25 years old this year," said Hornby with a laugh. "I'm really pleased it's being used to say something about the way the world is now, with the Spotify world, the digital world and there are still these guys there selling their vinyl."

In addition to Kravitz's Rob, one of the other lead characters is also an African American woman. "Cherise" is played by Da'Vine Joy Randolph.

"Women of color, that's a big deal that was my biggest draw, that and Zoe. That was my two biggest draws in doing this project — it means everything," said Randolph. "Cherise is a girl in the neighborhood, she's that girl next door, she says how she feels, she's the third part of this trio, she's an artist trying to figure it out."

All 10 episodes of High Fidelity premiere on Feb. 14 on Hulu.