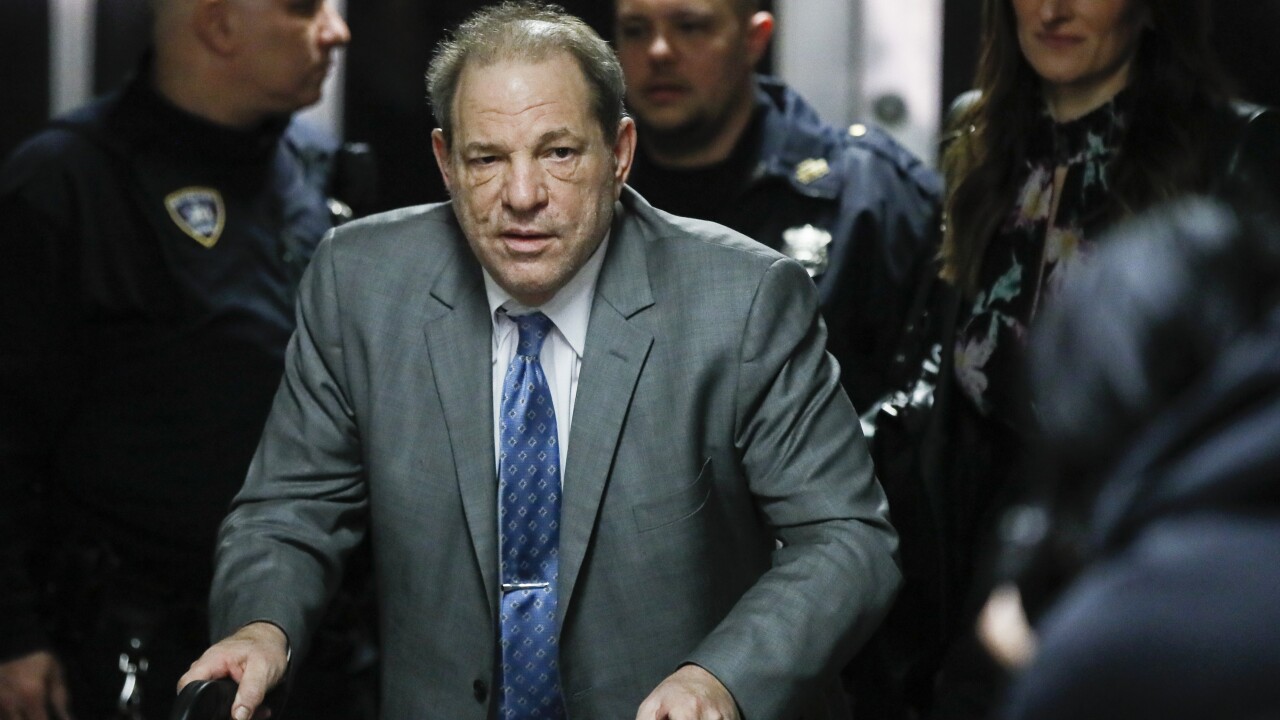 NEW YORK — Harvey Weinstein was transferred to a state prison in New York on Wednesday as he begins to serve a 23-year sentence for rape and sexual assault in his landmark #MeToo case.

The disgraced film mogul, who turned 68 on Wednesday, is locked up at the maximum security Wende Correctional Facility near Buffalo, according to state prison officials.

The prison, six hours by car from Manhattan, is likely just a temporary stop for Weinstein.

While he's there, he'll be evaluated to determine which state prison facility meets his security, medical, mental health and other needs.