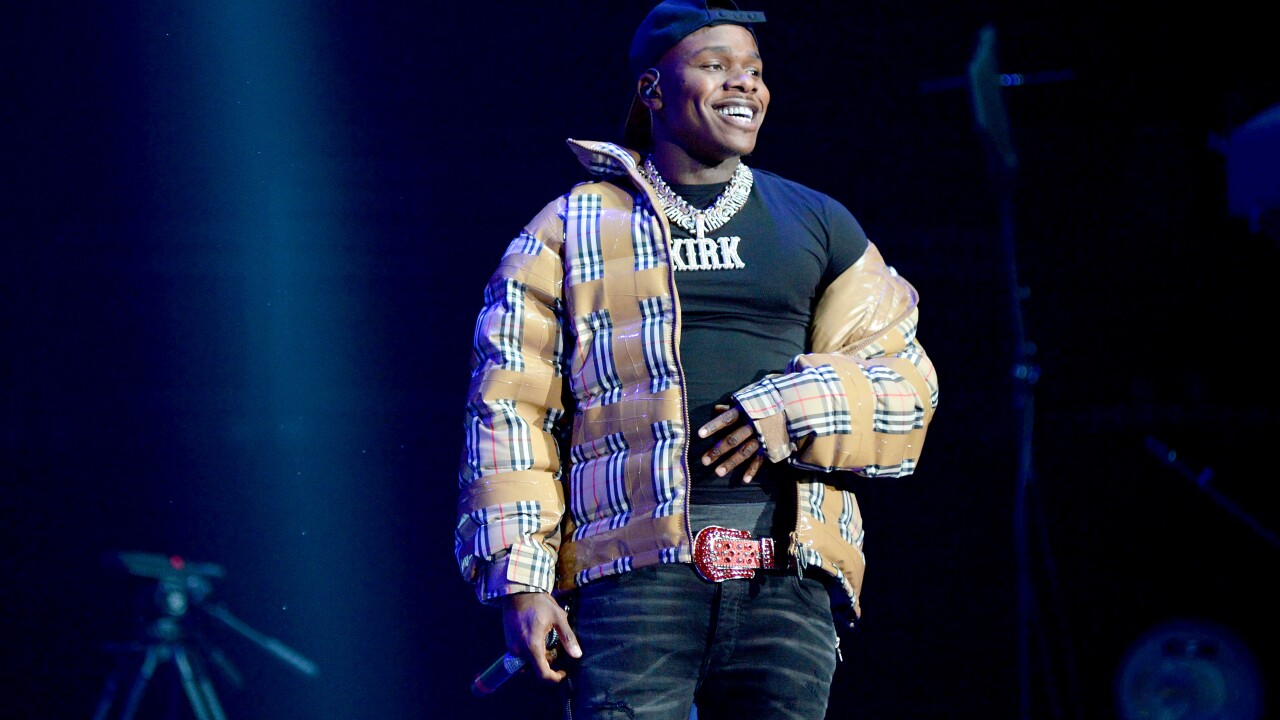 Police in Miami say they have arrested Grammy-nominated rapper DaBaby on a battery charge after an argument with a music promoter over a payment for a performance.

After his arrest, officials say they discovered the rapper was wanted on an arrest warrant on a battery charge in Texas.

Jail officials in Miami say he's appeared before a judge on Friday, but will remain in custody until further notice. DaBaby's real name is Jonathan Kirk and he's best known for his single, “Suge."

He was cited for resisting an officer and marijuana possession in North Carolina last week.