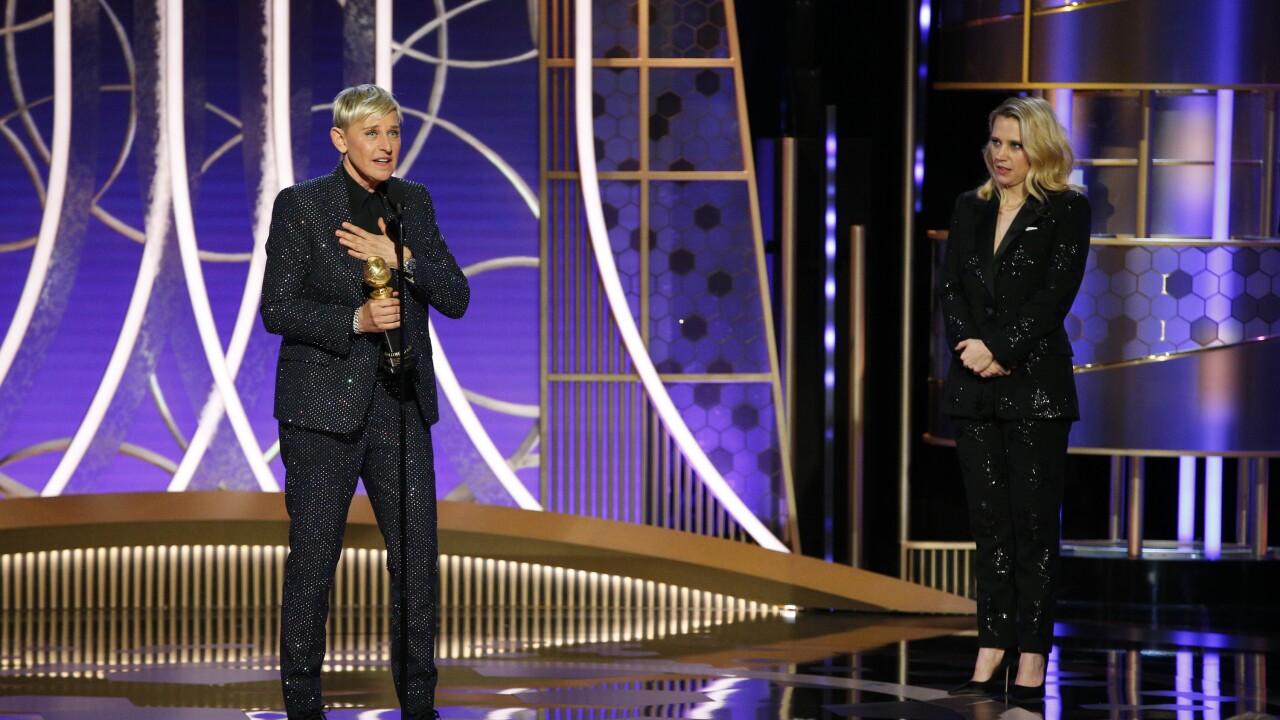 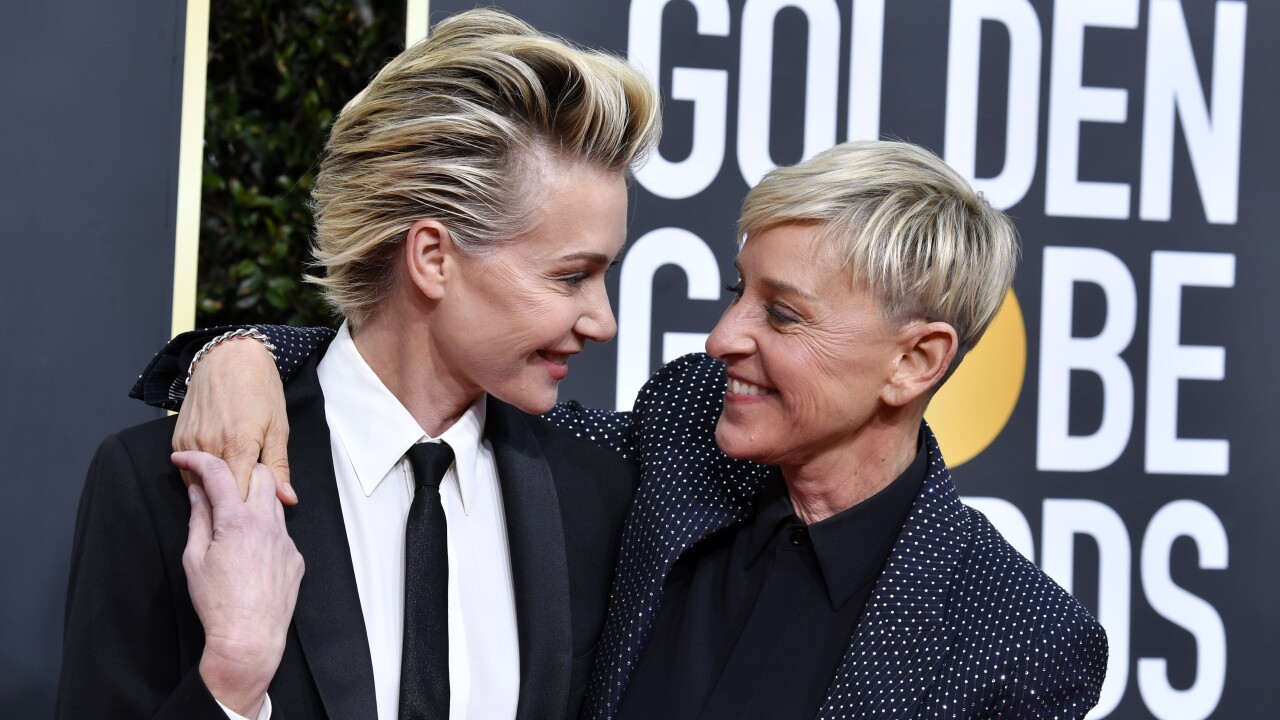 BEVERLY HILLS, Calif. — Ellen DeGeneres reflected on her career and her imaginary family as she accepted the Carol Burnett Award for Excellence in Television at the Golden Globes.

DeGeneres said it took her a while to find her way in TV, even after she made history by coming out as gay on her sitcom.

DeGeneres then poked fun at her sexuality, thanking a man who doesn’t exist.

“I couldn’t have done it without my husband Mark. Mark, you are my rock,” DeGeneres said to big laughs from the audience, including her wife, actress Portia de Rossi.

DeGeneres and de Rossi have no children, but DeGeneres talked to a couple anyway, looking at the camera and saying, “Rupert and Fiona go to bed.”

She also paid tribute to Carol Burnett, who received the inaugural award named for her last year before DeGeneres became the second recipient.