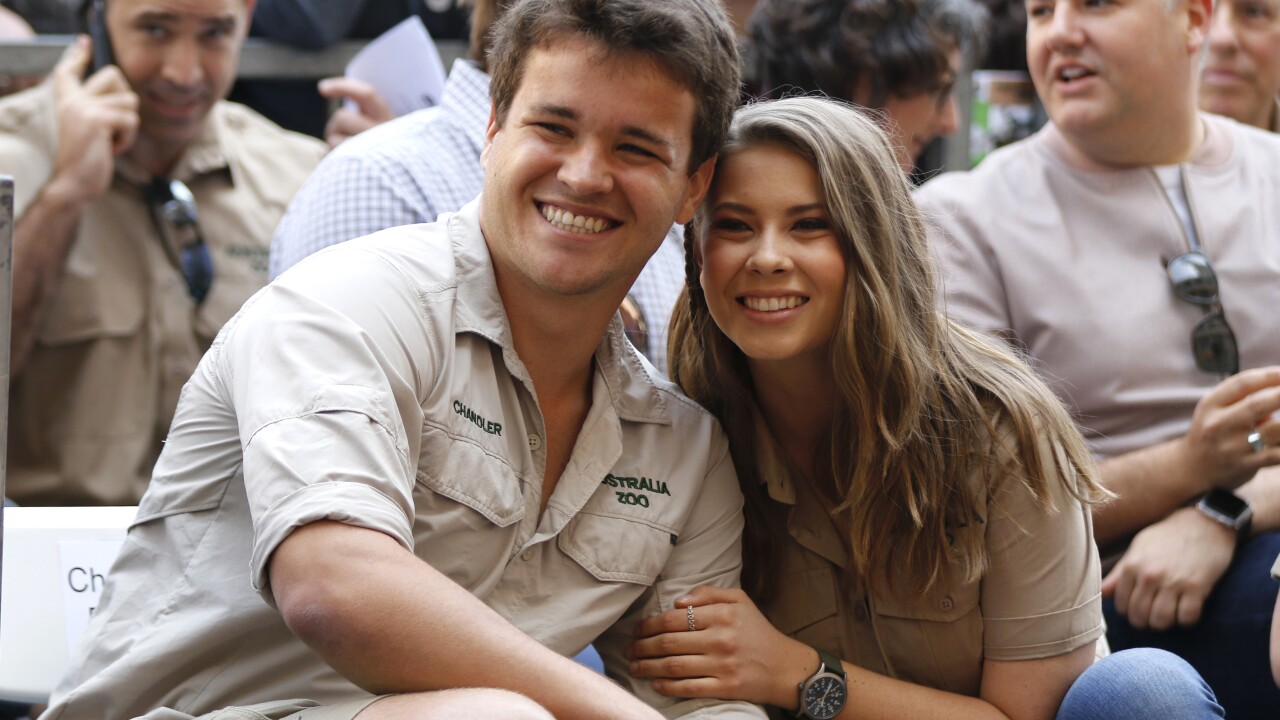 2018 Invision
Willy Sanjuan/Willy Sanjuan/Invision/AP
FILE - This April 26, 2018 file photo shows Chandler Powell, left, and Bindi Irwin at a ceremony honoring the late Steve Irwin with a star on the Hollywood Walk of Fame in Los Angeles. Irwin posted on her social media Wednesday, July 24, 2019 that Powell, her longtime boyfriend proposed on July 23, her 21st birthday. (Photo by Willy Sanjuan/Invision/AP, File)

Bindi Irwin announced on social media Tuesday she is expecting.

Irwin is the daughter of Steve Irwin, known as the Crocodile Hunter. The younger Irwin has also made a name for herself as a conservationist TV personality in Australian and global productions. She was also the season 21 winner of Dancing with the Stars.

In the post, Bindi says she is only in the first trimester.

“We couldn’t wait to share the news as this beautiful little being has become the most important part of our lives. Your support means the world to us. Please let me know your best advice and send good vibes & prayers to our little sweetheart,” the post reads.

Powell and Irwin were married in March, scrapping more elaborate plans for their wedding because of the Covid-19 pandemic, according to The Daily Mail.

The Irwin family owns the Australia Zoo, which was started by Steve Irwin’s parents in 1970.