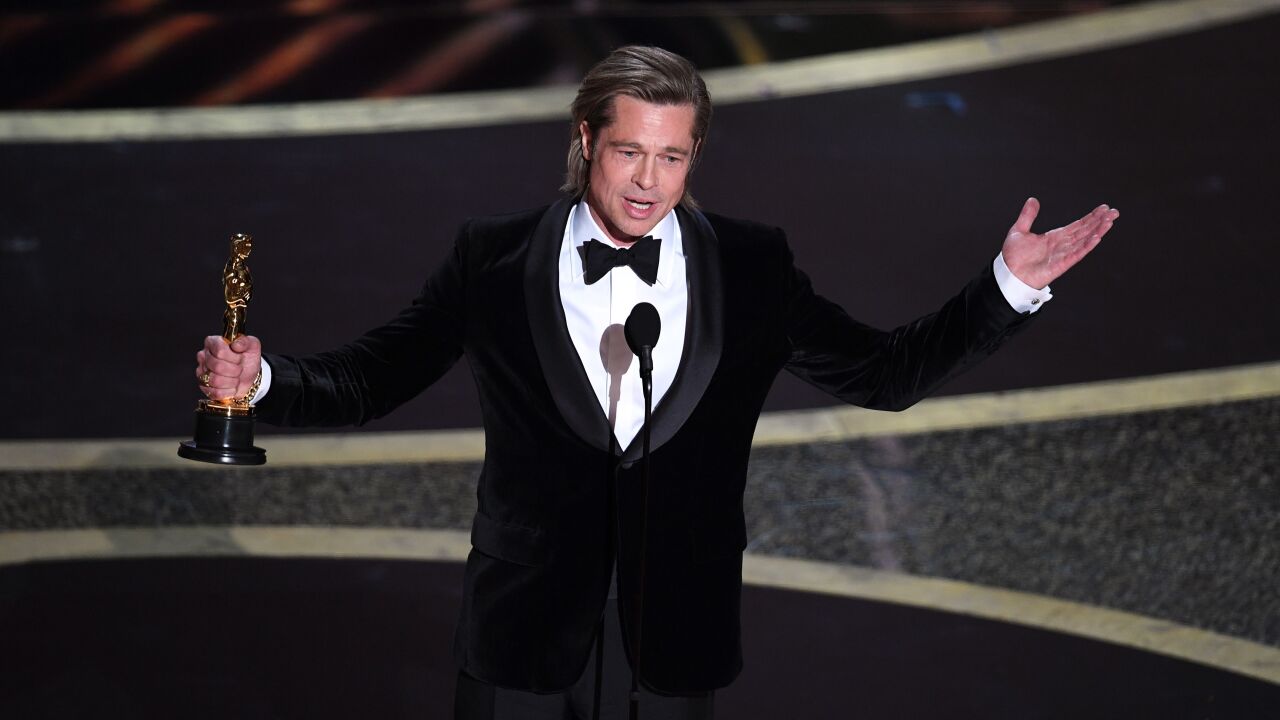 LOS ANGELES — Brad Pitt has won his first acting Oscar, claiming the supporting actor trophy for “Once Upon a Time ... in Hollywood.”

He beat out an iconic group that included Tom Hanks, Anthony Hopkins and Al Pacino.

He's been nominated four times for acting and three times for producing. Pitt had been the heavy favorite throughout this awards season, giving humorous speeches while collecting trophies at the Golden Globes and SAG Awards.