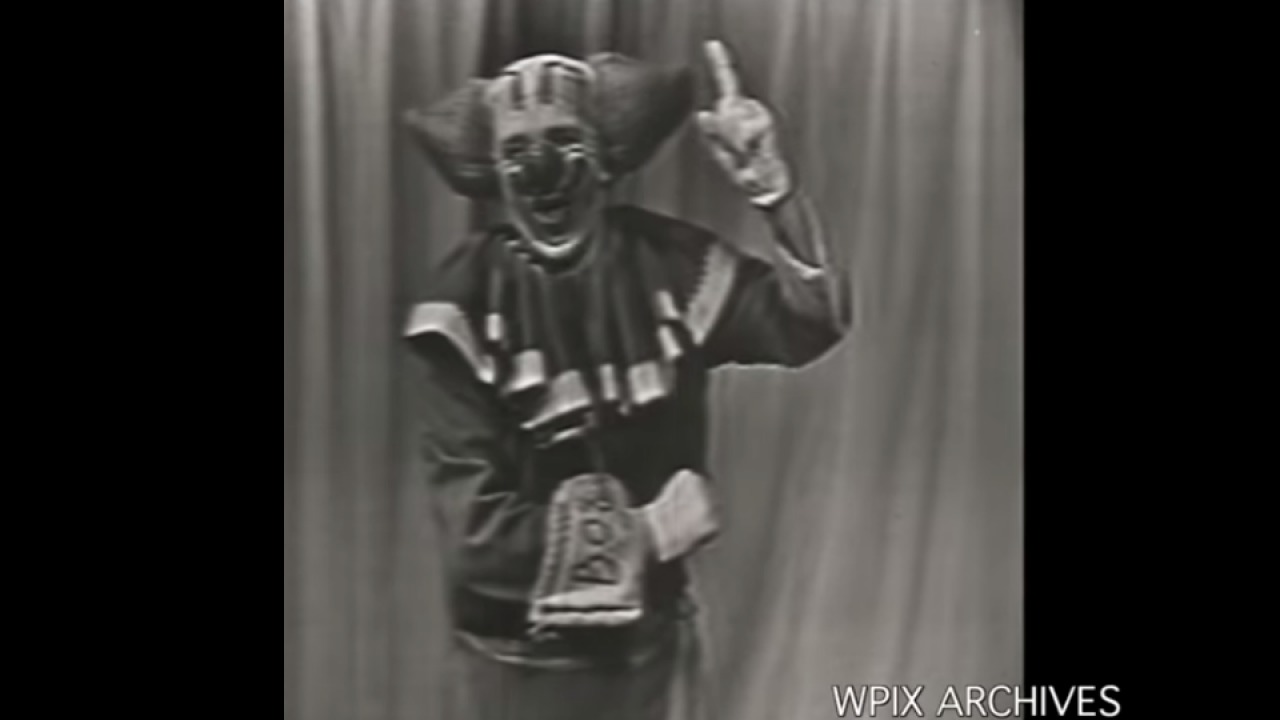 NEW YORK — Bill Britten, who played a beloved "Bozo the Clown" on WPIX, has died, according to an obituary on legacy.com.

He passed away on Feb. 4, PIX11 learned over the weekend.

Britten also played the memorable role of "Johnny Jellybean" on "Time for Fun."

In addition to performing, Britten worked as a programming director at WNYC and taught drama at the Performing Arts High School in New York, according to his obituary.

The first franchised Bozo show debuted in Los Angeles in 1959. A rare clip from the early 1960s shows Britten below: