AMC, Cinemark, others to re-release Boseman's movie '42' in honor of late actor 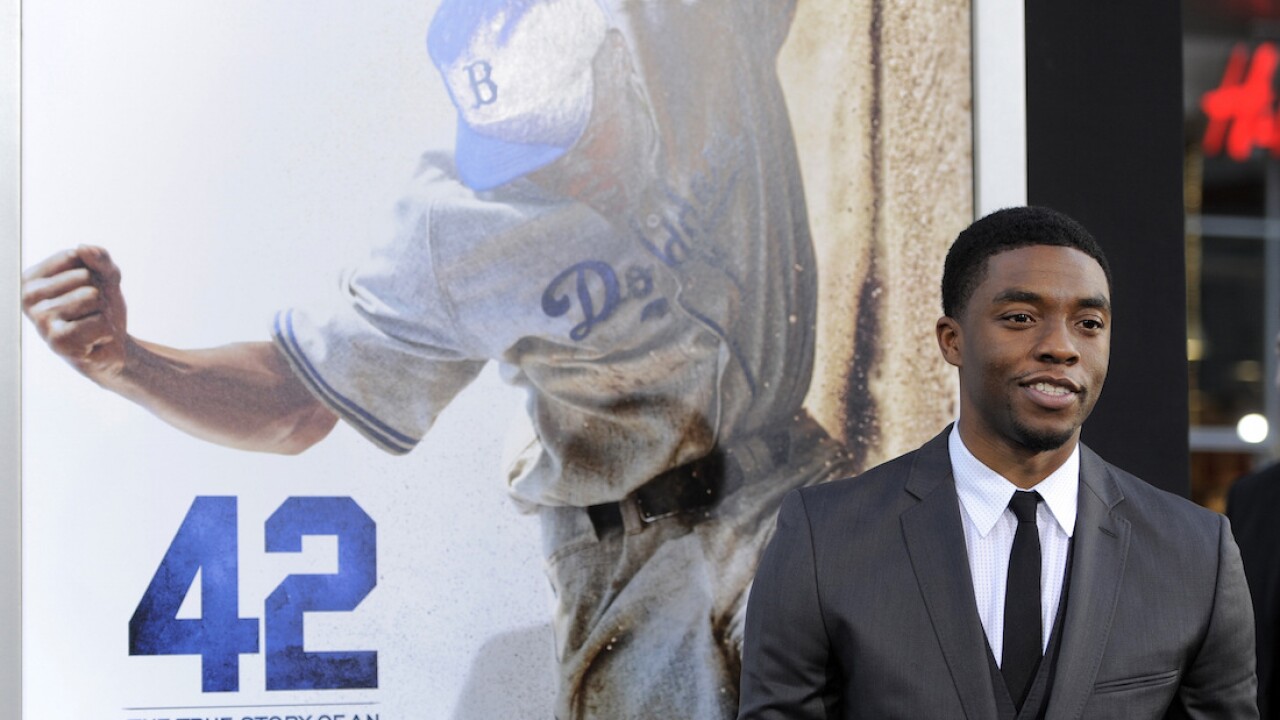 Chris Pizzello/Chris Pizzello/Invision/AP
FILE - In this Tuesday, April 9, 2013 file photo, Chadwick Boseman, who plays baseball legend Jackie Robinson in "42," poses at the Los Angeles premiere of the film at the TCL Chinese Theater in Los Angeles. Actor Chadwick Boseman, who played Black icons Jackie Robinson and James Brown before finding fame as the regal Black Panther in the Marvel cinematic universe, has died of cancer. His representative says Boseman died Friday, Aug. 28, 2020 in Los Angeles after a four-year battle with colon cancer. He was 43. (Photo by Chris Pizzello/Invision/AP, File)

Over 700 movie theaters nationwide will be showing Chadwick Boseman's movie "42" in honor of the late actor who succumbed to colon cancer last week.

According to Deadline, Harkins, Regal, Cinemark, and other chains, this weekend will show the movie in 740 locations.

Back in theatres for a LIMITED TIME, watch Chadwick Boseman as Jackie Robinson in 42.

AMC will show the movie in 300 of its locations, with tickets on sale for $5 until Tuesday.

The movie was picked after the theater chain posted a social media poll asking fans what their favorite Boseman movie was.

Following an overwhelming guest response to our poll, 42 is coming back to the big screen at #AMCTheatres honoring two legends: #ChadwickBoseman and #JackieRobinson. https://t.co/sHA9Oqz2tJ pic.twitter.com/9D6HGhAFzN

When the movie was released in 2013, it grossed $97.4 million globally, according to IMDB.

The movie tells the story of Brooklyn Dodgers' second baseman Jackie Robinson, who became the first Black person to play in Major League Baseball in 1947.

Last week, Boseman's family announced his passing in a statement on Twitter.

According to the statement, Boseman filmed "Marshall," "Da 5 Bloods," "Ma Rainey's Black Bottom," and others while fighting a 4-year battle with cancer.