Street vendor beaten in the Bronx 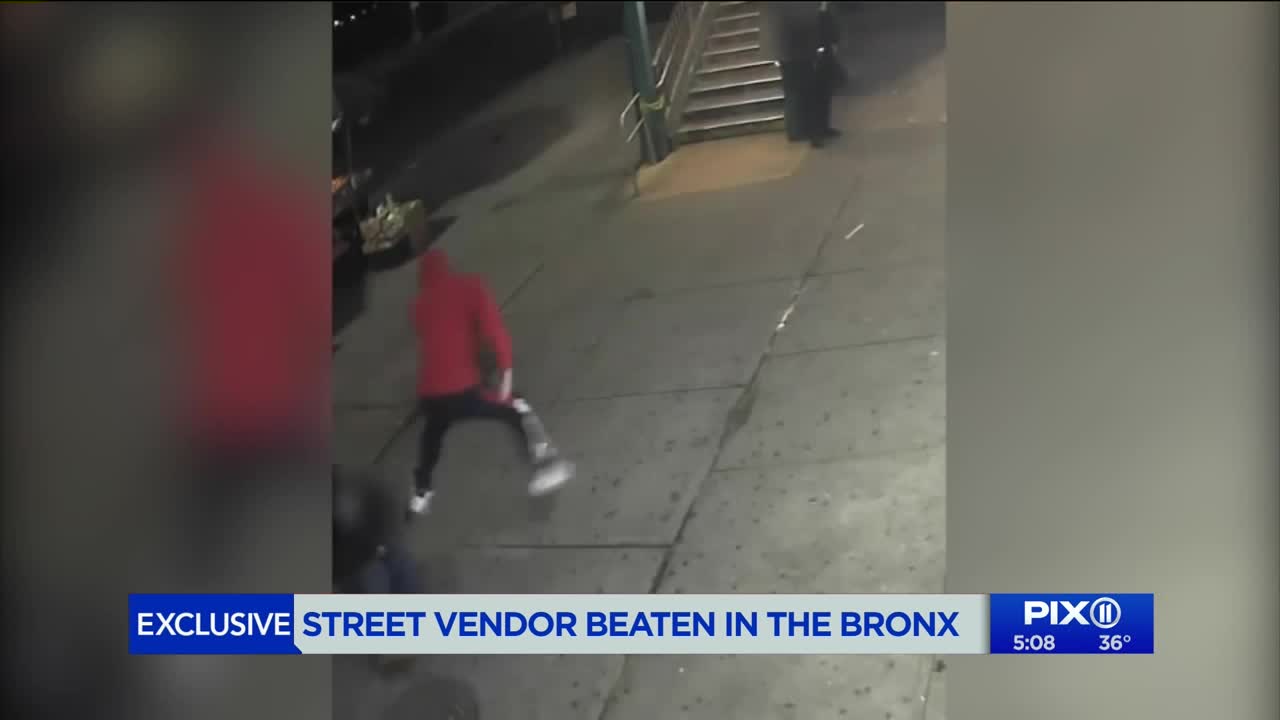 The vendor was helping a few customers in the Bronx when a man confronted him, pushed him to the ground and beat him.

CASTLE HILL, the Bronx — A fruit and vegetable vendor was helping a few customers in the Bronx when a man confronted him, pushed him to the ground and beat him, new surveillance video shows.

The 54-year-old victim was punched and kicked repeatedly on Westchester Avenue. He ran into a deli for help after the attacker left. It was only once he was in the store that he realized he'd also been robbed.

Adeeb Alashmaly was behind the counter.

"He's a very nice guy," Alashmaly said about the victim. "He's like a neighbor."

The victim has not been back to work since the attack. He's well known by other vendors in the area. Those vendors said they've been on edge since the beating.

Police have asked for your help identifying the attacker.