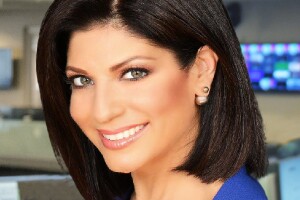 She has covered wide variety of Breaking News stories in New York City and around the world, including the 2018 sightseeing helicopter crash into the East River, the 2017 terror attack in SoHo, Superstorm Sandy, the mass shooting at Sandy Hook, the history-making performances of ‘Hamilton’ in Puerto Rico, and the American visit of Pope Francis, as well as human-interest stories and features in her weekly Changemakers segment.

Tamsen has covered domestic and international stories including the London bombings and the Columbia Space Shuttle disaster. During Operation Enduring Freedom, she traveled to Afghanistan where she was embedded with U.S. troops.

In 2019, Tamsen was recognized with the Ackerman Family Advocate award for her work with Ackerman Family Institute. In 2016, she was honored with an Ellis Island Medal of Honor from the Ellis Island Honor Society. The Medal has been officially recognized by both Houses of Congress as one of our nation’s most prestigious awards and is annually memorialized in the Congressional Record. In 2015, she was named a Power Woman by Moves Magazine for her work both on-air and in the community.

Tamsen, a Lebanese American, lost her mother to breast cancer in 1990 and has been a long-time advocate for breast cancer awareness, educating women and their families about the disease. She volunteers her time with several charitable organizations including, SHARE Cancer Support, North Shore Animal League America and Ackerman Institute for the Family. She serves on the boards of non-profit agencies, including ADAPT Community Network and Best Buddies of New York.

Tamsen has written three books including most recently: "The New Single: Finding, Fixing and Falling Back In Love With Yourself," which seeks to help women emerge from a big life change with confidence, grace and a recipe for self-care. She is passionate about empowering women and is currently working on her fourth book.

Tamsen is executive producer and host of "Broadway Profiles with Tamsen Fadal" for The Broadway Channel, which airs on WPIX and across the country. A longtime theater fan, Tamsen made her Broadway debut in “Chicago The Musical”, followed by on-stage appearances in Broadway’s “In the Heights” and “Rock of Ages.”

Prior to joining WPIX, Fadal worked at WCBS-TV in New York City, KYW-TV in Philadelphia, PA and WFTV-TV in Orlando, Florida. Fadal graduated from the University of South Florida with a Bachelor of Arts degree in broadcast journalism. She resides in New York City.