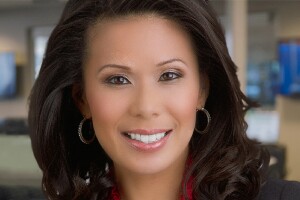 Shirley Chan is an award-winning journalist who joined the WPIX team in 2016. She was raised in New York City and is thrilled to be reporting in her hometown.

Prior to joining WPIX, Shirley worked as morning anchor at NBC Connecticut in Hartford. One of her most difficult assignments was the deadly Sandy Hook Elementary School shooting in 2012. Shirley remained on the anchor desk for hours during continuous coverage, delivering information on one of the worst mass shootings in our nation’s history. The station’s coverage was recognized with a Peabody Award.

Shirley got her start in television news at NBC’s The TODAY Show. Her time at TODAY afforded her the opportunity to travel and cover big stories of national importance including the September 11 attacks and two Olympic Games. Shirley started at NBC as an intern and worked her way up to being a producer, before leaving to embark on a successful on-air career. Shirley’s anchoring and reporting career has also earned her an Associated Press Award and four Emmy nominations.

Her first job in local news was at WWLP-TV22 in Springfield, Mass., where she was the station’s weekend anchor and investigative reporter. From Springfield, Shirley moved on to WFXT-FOX25 in Boston, where her duties included both reporting and fill-in anchoring.

Shirley enjoys the diverse nature of reporting. She may be on the frontlines of breaking news one moment, or filing an eye-opening, in-depth story the next. After enjoying over a decade at three New England broadcast outlets, she is happy to once again call NYC home.