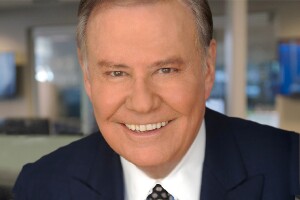 A member of the New York State Broadcasters Hall of Fame and recipient of 11 prestigious Emmy awards for journalistic achievement, Marvin Scott has done it all.

Since joining WPIX in 1980, he has served in multiple capacities: as an anchor, reporter, host and producer. Marvin is currently the station’s senior correspondent and anchor/host of the weekly issues-oriented program “PIX11 News Close Up".

A veteran journalist with over 50 years of experience in both print and broadcast mediums, Marvin’s background includes local, national and international assignments. He previously anchored “INN Midday Edition” and “USA Tonight Weekend,” nationally syndicated newscasts produced by WPIX’s Independent Network News. For several years, Scott was co-anchor of the nightly “WB11 News at Ten.” He has co-hosted special programs, including the Emmy award-winning “OP SAIL ’92: An American Celebration,” “Operation Homecoming” and a number of Columbus and Puerto Rican Day parades.

Prior to joining WPIX, Marvin was an anchor/reporter at WNEW-TV (now WNYW-TV). He held previous positions as anchor, correspondent and producer at CNN, Mutual Broadcasting System and WABC-TV. In the print media, he was a feature writer for the New York Herald Tribune and a contributing editor to Parade Magazine.

Marvin began his media career as a teenager, chasing fires and news stories with his camera. At the age of 14, he sold a photo of a raging fire to the New York Daily News.

Marvin’s assignments have taken him from the front lines of Iraq, Cambodia and the Middle East, to the highways of the U.S. South, where he covered civil rights protests with Dr. Martin Luther King. He spent Christmas 2004, 2006, 2008 and 2009 with New York soldiers in Iraq and 2013 in Afghanistan. He has interviewed six American presidents. Marvin’s coverage of the Congressional Whitewater hearings won him an Emmy for “Outstanding Political Reporting.”

It was “Outstanding Entertainment Programming” that won him an Emmy in 2006 for his enlightening interview with the king of comedy, Jerry Lewis. In addition to the seven wins, Marvin has received more than 40 Emmy nominations. During visits to the Middle East, he interviewed Golda Meier, Yitzhak Rabin and Yasser Arafat, among others. In New York, he has covered every mayor since John Lindsay.

A veteran reporter of the U.S. space program, Marvin has witnessed the launch of numerous Gemini, Apollo and Space Shuttle flights. Marvin has pulled 9 G’s in an F -16 jet, circled beneath the Long Island Sound in a nuclear attack submarine, and rang the closing bell of the New York Stock Exchange.

He is the author of “As I Saw It: A Reporter’s Intrepid Journey,” a collection of 26 of the more unique stories of the estimated 15,000 he has covered over the past half century.

A graduate of New York University, Marvin’s professional honors include a citation in the Congressional Record for his “responsible reporting” of urban riots.

Associated Press Broadcasters awarded his reporting of the Three Mile Island nuclear plant accident, along with two AP honors for “Outstanding Interview.” The New Jersey Working Press Association presented him the “Terry Anderson Award for Professionalism in Journalism,” the award named for the journalist held hostage in Lebanon. Marvin’s work has been cited by the American Bar Association, Aviation Space Writers Association, New York’s Finest Foundation, and the Cops Foundation.

In 2005, Marvin and his team were presented the Tribune Values Award, one of the corporation’s highest honors, for their reporting from Iraq. Nov. 29, 2010 was declared Marvin Scott Day in Manhattan, in commemoration of his 50th anniversary in broadcasting. That same year, he received a Citation from the U.S. House of Representatives to honor his remarkable tenure in broadcasting. In 2013, the American Academy of Hospitality Sciences presented Marvin with a Lifetime Achievement Award. On June 13, 2014, Marvin was inducted into the New York State Broadcasters Hall of Fame.

Marvin is also an accomplished photographer whose work has been exhibited in New York galleries.

Active in community affairs, Marvin has served on the Police Commissioner’s Executive Media Committee. He is a Trustee of the National Academy of Television Arts and Sciences, Awards Chair of the New York Chapter, Bard (Vice President) of the Friars Club and former President of the Television-Radio Working Press Association.

Marvin is married to the former Lorri Gorman. He is the father of two adult children, Steven and Jill.