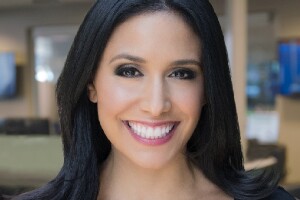 Born and raised in Grosse Pointe, Michigan, she attended the University of Michigan (go Blue!), where she received a bachelor’s degree in anthropology-zoology with a minor in Spanish.

It wasn’t until her junior year that she realized her true passion was storytelling, so she moved to The Newhouse School at Syracuse University.

In 2008, Marissa joined CBS affiliate, WCIA 3 News in Central Illinois, as a reporter. She spent three years in the Springfield and Champaign-Urbana newsrooms as a general assignment reporter and fill-in anchor.

After that, she headed west to the Land of Enchantment to report at KOB-TV in Albuquerque, New Mexico. Marissa traveled all across the state, usually to cover the massive wildfires that so often plague the area.

In 2012, Marissa accepted an offer as a morning anchor at KOAA in Colorado Springs, Colo. During her time there, she also fronted her own health franchise, “Your Healthy Family.”

After a year in The Springs, Marissa moved to the Big Apple to be with her now husband, and initially joined PIX11 as a news writer.