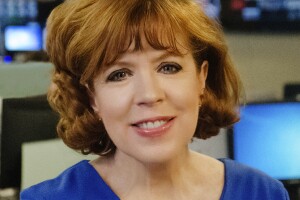 Magee Hickey is known for her bright red hair, her warmth and her bubbly personality. This Emmy Award-winning reporter has covered many big stories in the tri-state area in the past 25 years.

Magee is a native New Yorker, born in Brooklyn and raised on the Upper East Side of Manhattan. Magee recently returned to the borough of her birth, and is its biggest cheerleader. She attended The Convent of the Sacred Heart and The Chapin School. She graduated from Brown University in Providence, Rhode Island and that’s where she began her television news career. At WLNE-TV, Magee made a name for herself by going undercover as a hooker to rid a nice residential neighborhood of prostitution.

Then the bright lights of New York City lured her back home, where she got to live her dream of reporting on all the crime, grime and politics of Gotham. Magee first worked at WNEW and WABC. At WNBC, she was the first anchor of the highly successful Weekend Today in New York program.

Magee spent years on the pre-dawn patrol at WCBS, getting up to 2 a.m. to cover the news of the day. That schedule also allowed her time to raise her two daughters and to care for her aging and ailing parents.

As passionate as Magee is about her television news career, she is equally devoted to community service and giving back to the city she loves.

In recent years, she has organized cabaret fundraisers involving many PIX reporters and anchors singing and dancing to raise money for the Lawrence F. Hickey Center for Child Development, a school founded by her late father for special needs children in the Bronx.

Several years ago, Magee faced her fear of singing in public by taking a cabaret singing class at the 92nd Street Y. Magee is also an accomplished classical flutist and is organizing a troupe of newscasters and other performers to visit schools, nursing homes and hospitals in the tri-state area.