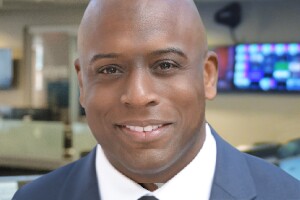 Like many New Yorkers, Kori Chambers is a proud first-generation American. His parents left Jamaica in the 1970s looking for opportunity for their growing family. Joining PIX11 in 2013 was an exciting homecoming for the Bronx native.

In recent years, Kori has won several Emmy awards for his work anchoring the PIX11 News at 5 and 10. From covering breaking news, to filing special reports, to running the New York City Marathon for charity, Kori has been busy. To top it off, he's also the father of a bright and active young daughter.

Kori's first big break was right here in New York, sitting next to Regis Philbin as a fill in cohost on Live! With Regis and Kelly. His career also includes work as a reporter and anchor in Chicago, Detroit, Las Vegas and Springfield, MA.