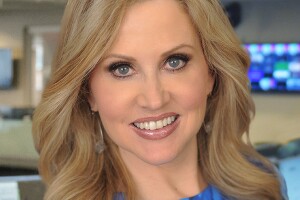 Kirstin Cole is a reporter and fill-in anchor for the PIX 11 Morning News. The eight-time Emmy Award Winner re-joined the station in 2011, having worked here during the original launch of the morning news in 2000 – 2001. She was the consumer investigative reporter and anchor at WCBS-TV for the 10 years in between.

She originally got her start in journalism at WLNY-TV and News 12 Long Island as an anchor, and also worked for ABC and Fox affiliates in Columbus, Ohio.

And her lust for adventure has taken her to challenging places in her reporting: submerged in a sinking car and learning how to escape from a plane crash in water all to share survival techniques. She’s reported while rappelling live down a building, from horseback, helicopters, an aircraft carrier in the Atlantic, police cars and ambulances, as well as a jail cell, all to tell compelling stories.

As an award-winning breaking news reporter, she has covered the attacks of 9-11, hurricanes in Florida and New York, Superstorm Sandy, floods and tornadoes, the crash of TWA Flight 800 off Long Island, and countless fires and blizzards.

And she is passionately involved in many charitable organizations: as a board member of the Achilles Track Club, helping athletes with disabilities compete in the NYC Marathon, previously as a board member for the New York Institute of Technology, a school that has fostered many broadcast journalism careers. She never turns down a grueling 100 mile (century) bike ride to raise money for cancer research and treatment. And she passionately donates her time for charities benefiting NYPD families, children in foster care, people struggling with addiction, and volunteer first responders.

Kirstin has been honored with Emmys, Associated Press Awards, honors from the Society of Silurians (the oldest journalism organization in the United States), The Society of Professional Journalists and the New York Press Club.