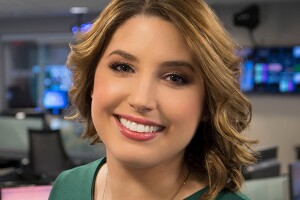 Katie Corrado is a general assignment reporter for WPIX.

Katie most recently worked at FOX 61 in Hartford, Conn., as the station’s weekend evening anchor and a reporter for four years.

Her investigative reporting uncovered corrupt practices in the New London police department. She successfully fought the chief of police at the state’s Freedom of Information tribunal for access to records. She also investigated abuse allegations at a nursing home, which led to new procedures to protect patients.

She began her TV career in Syracuse, New York, where she worked as the weekend anchor and a multimedia journalist at NBC3/CBS5 doing everything from producing her own shows to shooting her own video. While in Syracuse, Katie reported live from New York City for the dedication of the National September 11 Memorial & Museum.

She is an active member of New York Women in Communications and a three-time recipient of its competitive scholarships.