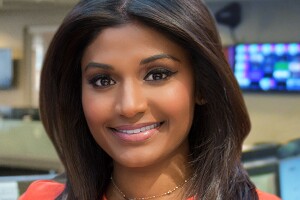 Kala Rama is an Emmy Award-winning reporter at PIX11. She previously co-anchored the PIX11 Morning News at 4:30 and 5 a.m.

Kala joined PIX11 from WABC, where she reported for the New York station on weekday mornings.

Prior to joining WABC, Kala worked as an anchor and reporter in Orlando at WKMG, where she was nominated for several Emmy awards, in Charlotte at WSOC and in Springfield, Mass. at WWLP where she received Associated Press award for Breaking News.

She got her start in television news as an assignment editor at WTNH-TV in New Haven, Conn.

A native of Fairfield County in Connecticut, Kala is a graduate of Fairfield University where she earned a degree in political science and communications. Her proudest achievement is her son, Luca, with her husband, Anthony DiLorenzo.