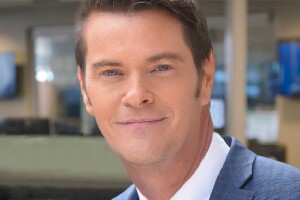 He returned home to WPIX following a three-year stint at ABC News, where he anchored “World News Now” and “America This Morning.” He also filled in as newsreader and correspondent on “Good Morning America.”

John was the founding male anchor/host of the PIX11 Morning News. His 11-year run on the ground-breaking show made him the third-longest running New York City anchor to work on the same broadcast.

John has taught Broadcast News Writing and Reporting as an adjunct professor at Fordham University. He has also been a guest lecturer at his alma mater, New York University.

John is an accomplished singer, performing in New York City clubs with rock and roll bands, including shows with legendary guitar man Earl Slick. He is also an avid golfer, tennis player and hiker.