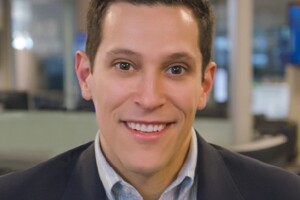 Joe Mauceri is a New Yorker and Emmy-nominated reporter for WPIX.

While at News 12 The Bronx and Brooklyn, Joe covered major stories, including Superstorm Sandy and the murder of Leiby Kletzky, a young Hasidic boy who was kidnapped while walking home from school for the first time.

Joe has received awards from the Associated Press, the Radio and Television News Directors Association, and the National Academy of Television Arts and Sciences.

Joe grew up in Bay Ridge, Brooklyn and went to Regis High School before heading north to Syracuse University where he got his degree in Broadcast Journalism.

He started his career at WWAY, an ABC affiliate in Wilmington, N.C. tracking down corrupt politicians and backwards sheriff’s departments.

In his free time Joe enjoys playing sports, working out, and finding the hidden gems of New York.