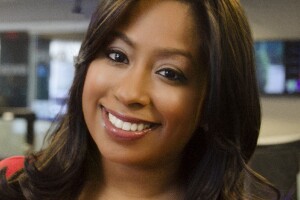 Jennifer Bisram is a reporter at WPIX.

Before returning to the Big Apple, the native New Yorker worked at WXYZ-TV in Detroit, Michigan, as a weekend morning anchor, investigative reporter, problem solver and had a franchise "Detroit’s Most Wanted," where she worked with the Detroit Police Department’s Homicide Unit weekly to help catch fugitives.

Two years earlier, Jennifer worked at the No. 1 English-speaking station in Miami, Fla. WSVN-TV, where she covered everything from wild crime and drug news to refugee crises and the Miami Dolphins bullying scandal.

Her first stop in Florida however was at WOFL-TV in Orlando, where she did extensive coverage on the shooting death of Trayvon Martin.

She began her television reporting career at News55 on Long Island and quickly moved on to the News12 Network, where she reported for nearly five years before leaving NYC for the Sunshine State.

Jennifer is a multi-Emmy nominated reporter who worked in print before television, writing for papers like NY Newsday and NY Amsterdam News.

She is a graduate of the City University of New York’s Queens College and enjoys traveling, cooking, baking, running 5Ks and spending time with her family.

Jennifer is happy to be back home and is always looking for a good story from you!