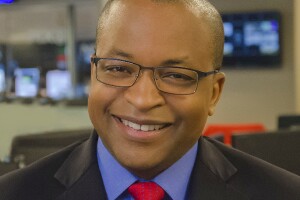 James Ford is a general assignment reporter for PIX11 News.

Prior to his position at WPIX, James was a reporter for six years at WNYW Fox 5 in New York, where his reporting on Sept. 11 was the subject of the documentary “Dreams Without Sleep,” which debuted at the Cannes Film Festival in 2002.

James, an Emmy Award-winning reporter, began his television career at WTOC-TV in Savannah, Ga., where he was a general assignment reporter and fill-in anchor. He later moved to WFTV in Orlando, Fla. He was the station’s Space Coast bureau chief, responsible for reporting all types of news in Brevard County, which is called Florida’s Space Coast.

In that position, he also field-anchored coverage of 41 space shuttle launches at the Kennedy Space Center. James' next move was to WRTV in Indianapolis, where he anchored the morning news and was a consumer investigative reporter.

James is proud to have grown up in an Air Force family, having lived in six states and Great Britain. He and his family live in Manhattan.

James is a graduate of Yale University and the Columbia University Graduate School of Journalism. He also studied Arabic at the International Language Institute of Cairo.