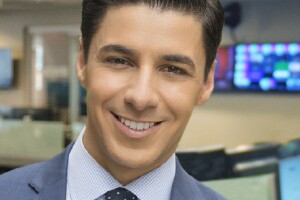 Dan Mannarino is a seven-time Emmy Award-winning anchor for the PIX11 Morning News, weekdays from 7 to 11 a.m.

Dan joined PIX11 in 2011 as a reporter and has covered some of the biggest stories, including the terror attacks in Paris and Manchester, the election of Pope Francis live from Rome, Hurricane Sandy, the East Harlem explosion, the Philadelphia train derailment, the Chelsea bombings and many more.

Dan has won a number of broadcast media awards, including seven regional Emmy Awards, two which were for his exclusive Hidden New York Series that took viewers to unknown hidden spots around the tri-state area.

Over the past three years, Dan has provided in-depth reporting from inside Rikers Island, one of the country’s largest jail systems. With more than a dozen exclusive reports, Dan uncovered corruption and violence that helped shift the tide to shuttering the island over the next 10 years. Many of Dan’s exclusive reports on Rikers made national headlines.

Since 2003, Dan has volunteered for Camp New Day in New Jersey, working with developmentally delayed adults, a cause near and dear to his heart. In 2017, Dan became a co-founder and vice-president of the nonprofit charity Circle Up Foundation, the mission of which is to bring joy and dignity to the special needs community nationwide. You can learn more on this charitable organization at circleupfoundation.org.

Dan was born and raised in the tri-state area and is a proud graduate of Manhattan College in the Bronx. In 2017, Dan rescued a black lab mix named Bella. They can often be found at the dog park.