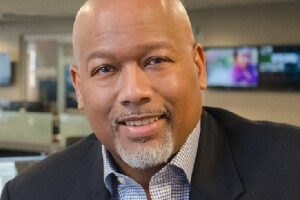 Craig Treadway is a reporter at PIX11.

Craig joined the pioneering local news program as a reporter on its June 5, 2000, debut following several years in a similar capacity at Fox’s WNYW in New York. Prior to joining the dayside reporting team, Craig co-anchored the PIX11 Morning News at 4:30 and 5 a.m.

Before entering broadcast journalism, Craig was a member of the University City, Missouri, Police Department. While he was there, he worked as a patrol officer, a detective, and as an evidence technician.

His career in law enforcement enabled him to learn all aspects of investigative work, including forensics, document searches, and interview and interrogation techniques. They would all be useful to his second career as a reporter.

Craig entered journalism as News Director, anchor, and program host at KATZ-AM and FM in St. Louis, Missouri. He later worked at CBS affiliates KMOV (TV) and KMOX radio in St. Louis before coming to New York to join Fox.

Craig was educated at the University of Missouri at St. Louis.