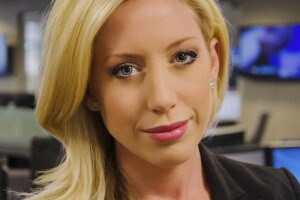 Christie Duffy is the New Jersey reporter for PIX11 News. She appears on WPIX weekdays at 5 and 6 p.m.

Christie has covered breaking news and investigative stories, including the Chelsea bomber, the Tribeca terror attack and the fatal Hoboken train crash. Duffy exposed braking problems onboard a train that careened into Hoboken Terminal in 2016, killing a young mother.

She was nominated for an Emmy Award for her continuing coverage of some of the most dangerous rail crossings in the nation. She exposed safety failures in Elmwood Park, N.J., resulting in almost $1 million in upgrades.

Christie has also received awards from the Society of Professional Journalists and the Garden State Journalists Association for her coverage of Superstorm Sandy, the internationally watched trial of Dharun Ravi and the untimely death of an Iraq war veteran who survived an IED explosion.

She has spearheaded exhaustive investigations into election ballots cast by dead voters; local police departments acquiring grenade launchers, AK-47s and armored tanks; rogue jitney buses; and the true cause of a massive fire that destroyed the Seaside Park boardwalk after Sandy.

Christie joined WPIX from New Jersey’s PBS affiliate, NJTV. Prior to that, she anchored financial and economic news. Duffy reported for Verizon FiOS1 News. She began her career at Fox News Channel.