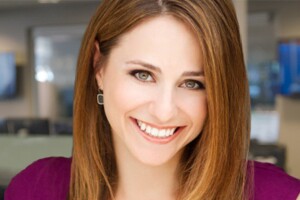 Allison Kaden joined WPIX in 2004. Previously she was an anchor and reporter at News 12 Networks, starting at News 12 The Bronx in 2000.

As part of WPIX, Allison has covered a variety of stories including the 2005 tour boat accident on Lake George; the deadly 2011 Christmas Day fire in Stamford, Connecticut and she was one of the first on the scene for the tragic July 4th, 2012 boating accident on the Long Island Sound. Allison covered Hurricane Sandy and its aftermath from New Jersey, Long Island, Staten Island and Queens.

Allison has been nominated for several New York Emmy awards and won in 2007 as part of WPIX's team coverage of the 2006 explosion of an Upper East Side townhouse. She received special mention in 2005 from the New York State Associated Press Broadcasters Association for her coverage of a helicopter crashing into the East River after taking off from the 34th street heliport.

In addition to the hard and harrowing news of the day, Allison loves to cover the lighter side of life. She’s donned a wedding dress for the annual running of the brides, given viewers a backstage look at Broadway and hit the red carpet for television and film premieres.

Allison has a bachelor’s degree in American Studies from Tulane University. She earned a master’s degree from Northwestern University’s Medill School of Journalism. She also studied photography at American University of Paris.