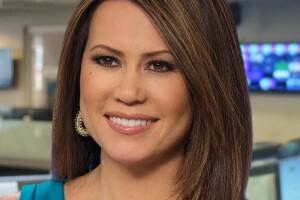 Betty Nguyen is an anchor for the PIX11 Morning News, weekdays from 7 to 11 a.m.

She joined WPIX from NBC and MSNBC, where she anchored "Early Today" and "First Look."

She was also a correspondent for "The Today Show" and fill-in news anchor for "Weekend Today," as well as a contributor to the Today Parenting Team, NBC’s multiplatform community for working moms.

Prior to that, Nguyen was news anchor for "CBS This Morning Saturday," anchored "The CBS Morning News" and was an anchor and correspondent for "The Early Show." Before joining CBS News, Nguyen anchored the weekend edition of "CNN Newsroom."

Nguyen’s coverage of Hurricane Katrina and the tsunami in South Asia earned her Peabody and Alfred I. DuPont awards. In 2015, Nguyen was inducted into the Asian Hall of Fame. The Smithsonian Institute honored Nguyen in 2007 for her work as the first Vietnamese-American to anchor a national television news program in the United States.