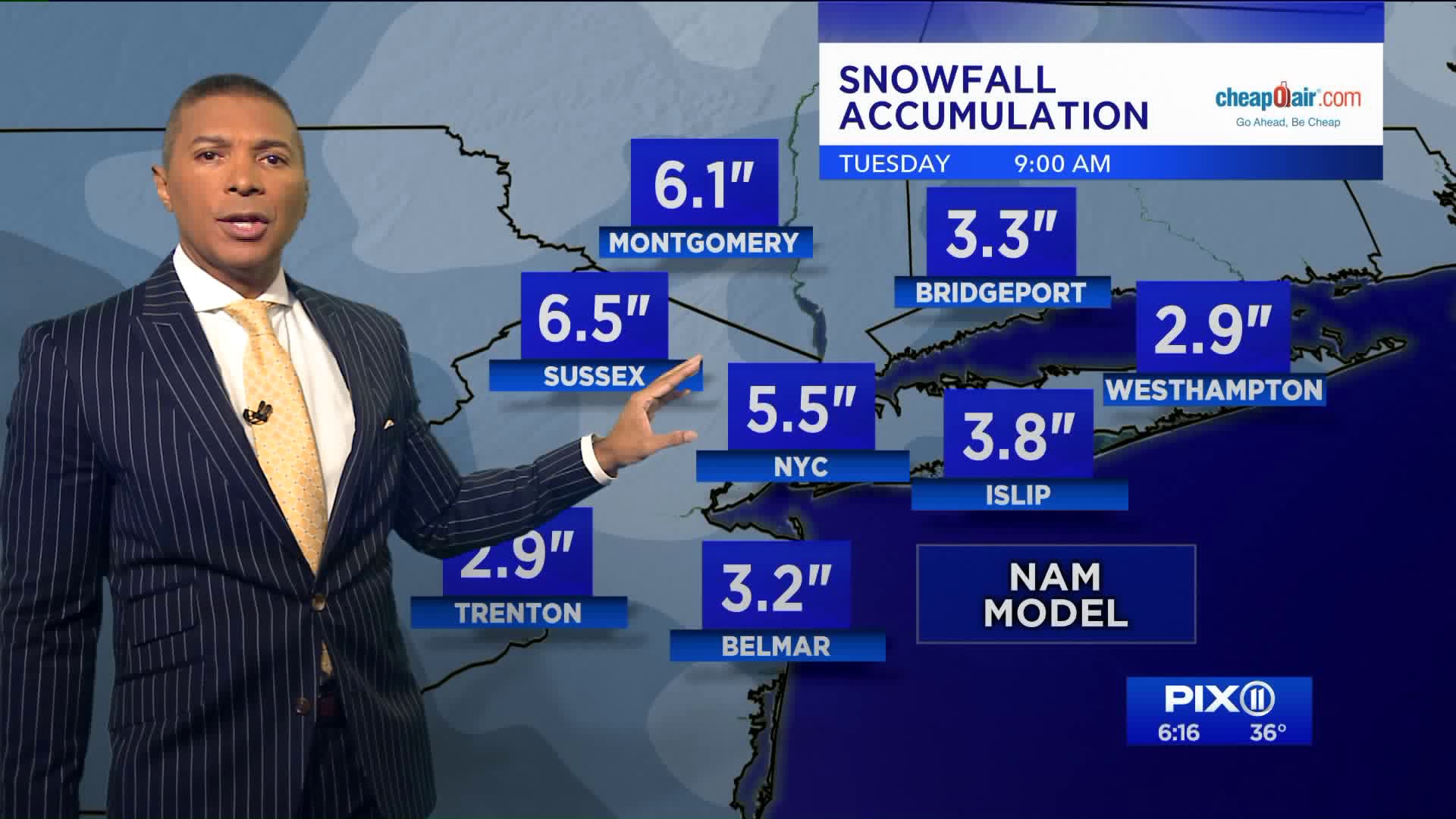 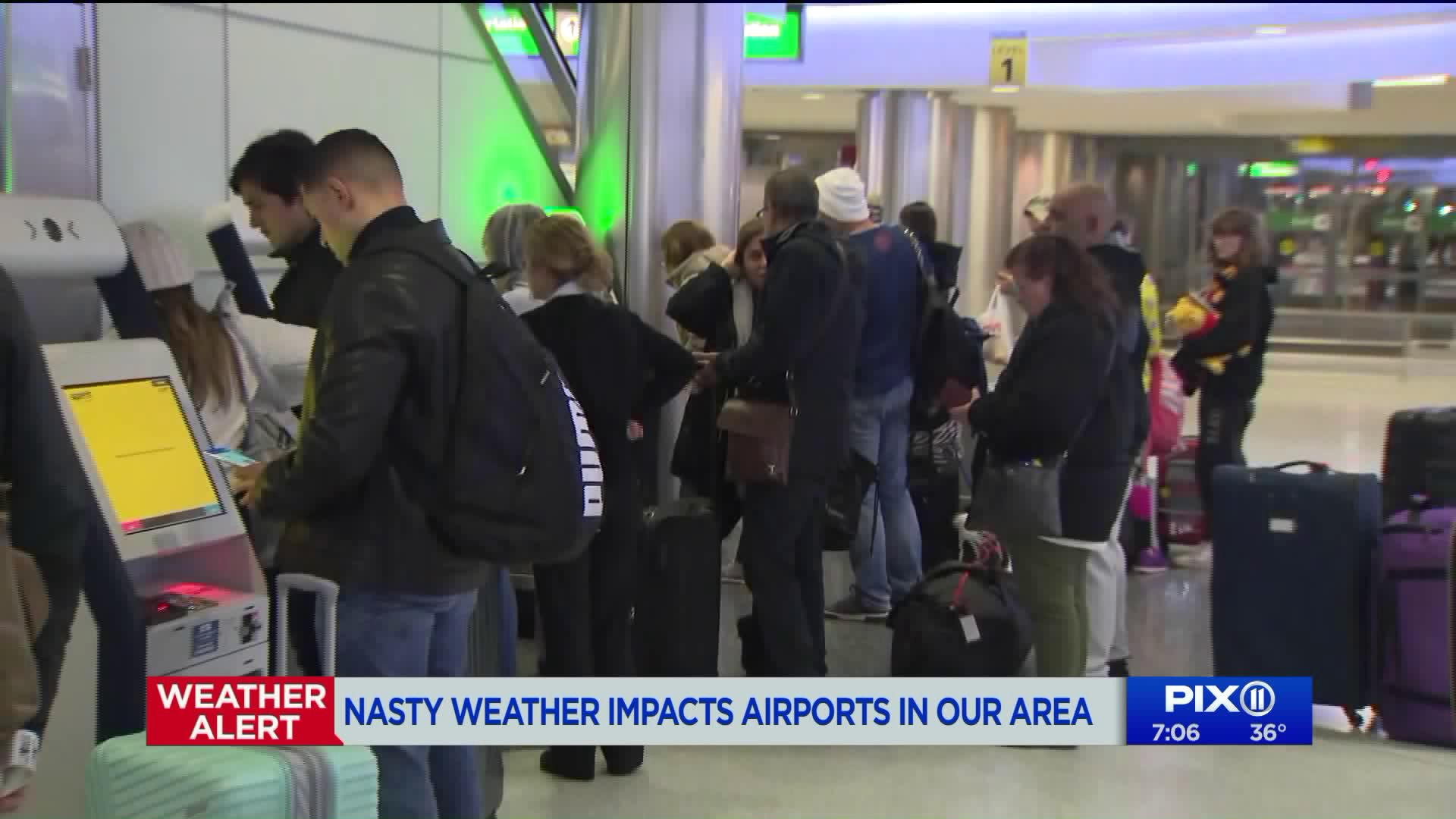 NEW YORK — After thousands of flights nationwide were delayed or canceled Sunday due to winter weather, delays and cancelations continue, especially in New York and New Jersey, as a winter storm moves into the tri-state area .

Flight-tracking site FlightAware says there have already been at least 223 flight delays and 474 cancelations nationwide by early Monday morning.

Over at John F. Kennedy Airport there were at least 18 flight delays and four flight cancelations.