Woman sues Chicago nightclub, alleging security stood by as she was sexually assaulted in alley 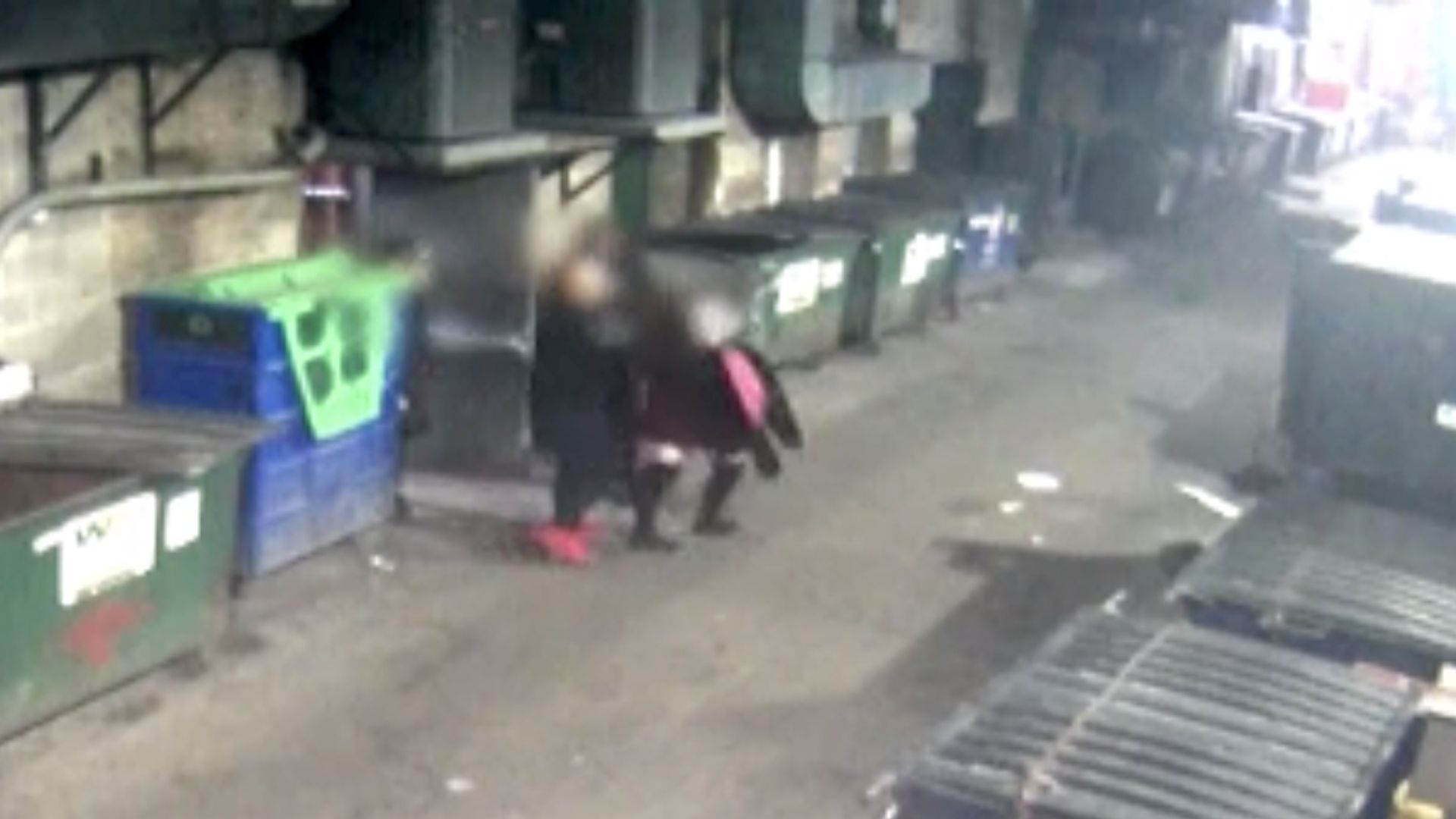 Surveillance video being used as evidence after a woman filed a lawsuit against a Chicago nightclub, alleging security guards stood by as she was sexually assaulted in an alley outside the venue, officials say. (video courtesy of Hale & Monico Law Firm)

CHICAGO  — A woman is alleging that employees at a Mexican restaurant and nightclub in Chicago escorted her to an alley behind the business and stood by as a man allegedly sexually assaulted her while she was intoxicated, according to lawyers who filed a lawsuit against the business.

No arrests have been made in the incident, which allegedly occurred October 18 behind El Hefe Chicago at 15 West Hubbard Street, commonly known as El Hefe.

Lawyers for the woman say they believe the alleged assailant either works at the business or knows someone on the staff. On Wednesday, a judge ordered El Hefe to preserve any potential evidence pertaining to the alleged assault from that night, including surveillance video.

"I'm confident that [these videos] are going to show that El Hefe was involved in this, that they knew who this individual was and throughout that evening, this assailant and suspect was having conversations and was friendly with the bar staff and in fact knew the bar staff," John Chwarzynski said in an interview with CNN affiliate WLS.

The woman's lawyers released a security camera video, which they say Chicago police obtained from a nearby business. The video appears to show a man guiding a stumbling woman down an alley as two other men stand by a doorway.

El Hefe has not responded to requests for comment from CNN, but the business posted a statement on Facebook saying its security staff did not witness a sexual assault.

"On the evening of October 18, a female guest became ill inside El Hefe and, per the venue's standard protocol, was escorted by our security team to the back exit," the statement said. "A male guest followed the female guest as she was escorted out back. El Hefe called an ambulance for the female guest and security remained with her until she left, alone, on the ambulance. During this time, our security team did not witness an assault in the alley. The male guest went back inside the venue and minutes later security witnessed the male guest leave the premises through the front door. We will work with law enforcement and cooperate in all facets necessary to help the authorities get the facts and enable a speedy investigation."

Chicago police said officers went to Northwestern Hospital after receiving a report of a sexual assault involving a 23-year-old woman who was found unresponsive in the alley behind El Hefe. The victim completed a sexual assault kit at the hospital and Chicago police confirmed that she showed signs of trauma, police spokesman Ronald Westbrooks said in a statement.

No arrests have been made and the investigation is ongoing, Westbrooks said.

The lawsuit, filed in Cook County Circuit Court, says the woman, identified only as Jane Doe, was having drinks at the bar when she was approached by an unknown man who continued to buy her drinks.

A bartender noticed the man make sexual advances and said her condition was "rapidly deteriorating" after consuming drinks the man purchased, according to the lawsuit. The bartender, who is not named, believed the woman had been drugged, the lawsuit said.

The bartender told the man to stop making sexual advances after the woman vomited at the bar, but the man replied, "she could not tell him what to do," according to the lawsuit.

El Hefe security guards removed Jane Doe from the bar due to her "deteriorated condition" and ushered her out with the man into the rear alleyway behind the establishment, according to the lawsuit.

Chwarzynski released to the media a 19-minute, 37-second video that he said was taken from a business across the alley and given to him by Chicago police. The video has brief gaps, and the lawyer said police delivered it that way.

In the video, two men dressed in black stand by the back door to El Hefe as a third man, also clad in black but wearing red shoes, guides a stumbling woman out the door and down an alley lined with dumpsters.

The man and woman move into a shadowy area and it's impossible to tell what they're doing. The two other men go in and out of the door, standing outside for minutes at a time and sometimes approaching the spot where the man and woman appear to be.

The lawsuit does not specify the amount of damages sought.