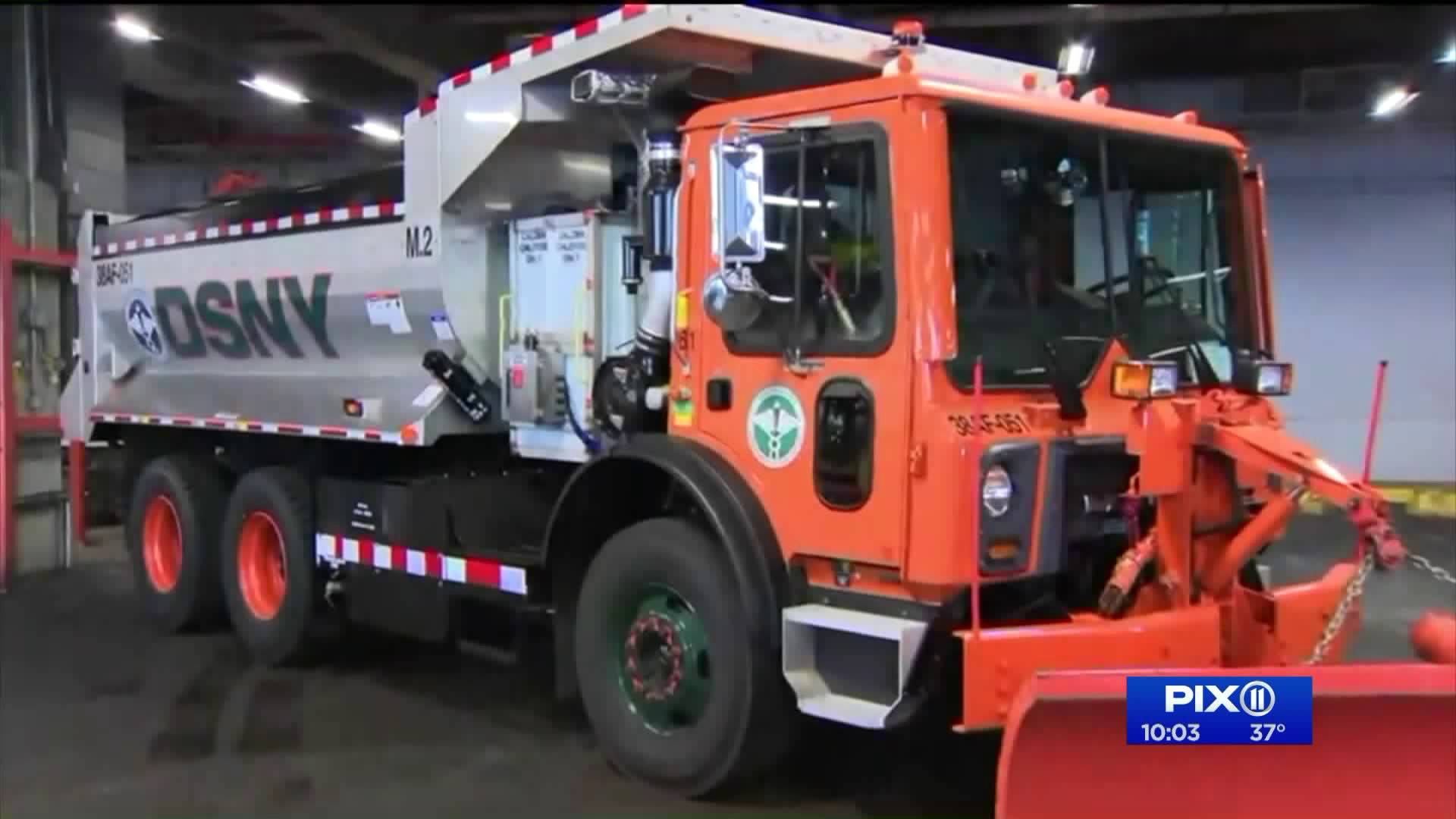 Winter weather is hampering travel plans during one of the busiest travel weekends of the year. Rebecca Solomon reports.

Airlines have delayed or canceled hundreds of flights across the country on what is expected to be the busiest travel day in the US . American, Delta and other airlines issued travel waivers for those who want to cancel or change their plans.

A winter storm that has pounded the Upper Midwest with heavy snow is now approaching the Northeast, where it has started dumping more snow mixed with freezing rain, the National Weather Service said.

A Winter Weather Advisory is in effect for New York City from 11 a.m. on Monday until 7 a.m. on Tuesday, according to the NWS.

The New York City Department of Sanitation issued a snow alert for Sunday, allowing the department to prepare for a possible response by loading salt spreaders, attaching plows and preparing tire chains and notifying other city agencies, but it does not guarantee snow will fall.

NYC started seeing snow fall just after 1 p.m. Sunday. The snow is expected to turn to rain by late afternoon. One to 3 inches of snow could accumulate before the precipitation turns into rain, the National Weather Service said.

Alternate Side Parking will be suspended on Monday, December 2nd to facilitate snow response.

We’re encouraging New Yorkers to avoid driving and take mass transit tomorrow, especially in the afternoon when snow will be accumulating. pic.twitter.com/nLOf1II1yS

The rain will potentially change back into snow Monday afternoon into evening in the NYC and NJ metro area, before ending Tuesday morning.

By Tuesday, parts of the Northeast will see up to a foot of snow, the service said.

Sunday, expected to be a historically busy day for US airlines , will see an anticipated 3.1 million passengers, according to Airlines for America, an airline trade organization. A record 31.6 million passengers were forecast to travel on US airlines during the Thanksgiving holiday period, up 3.7% from last year.

But by Sunday morning, more than 330 flights had been delayed, with nearly 20 of those in the New York area, according to FlightAware.com. Travel impacts are expected to last through Monday, the weather service said.

Delta Airlines announced weather waivers for 16 cities in the Upper Midwest on Saturday, and 22 cities in the Northeast for Sunday and Monday, including airports in Boston and the New York area.

American Airlines issued waivers for passengers traveling Sunday and Monday on flights to and from New York's John F. Kennedy and LaGuardia airports as well as Newark and the airline's hub in Philadelphia.

Other cities in the American Airlines announcement include Boston, Buffalo, Pittsburgh and Toronto, Canada.