How much snow should NY, NJ expect? Get the latest winter storm forecast 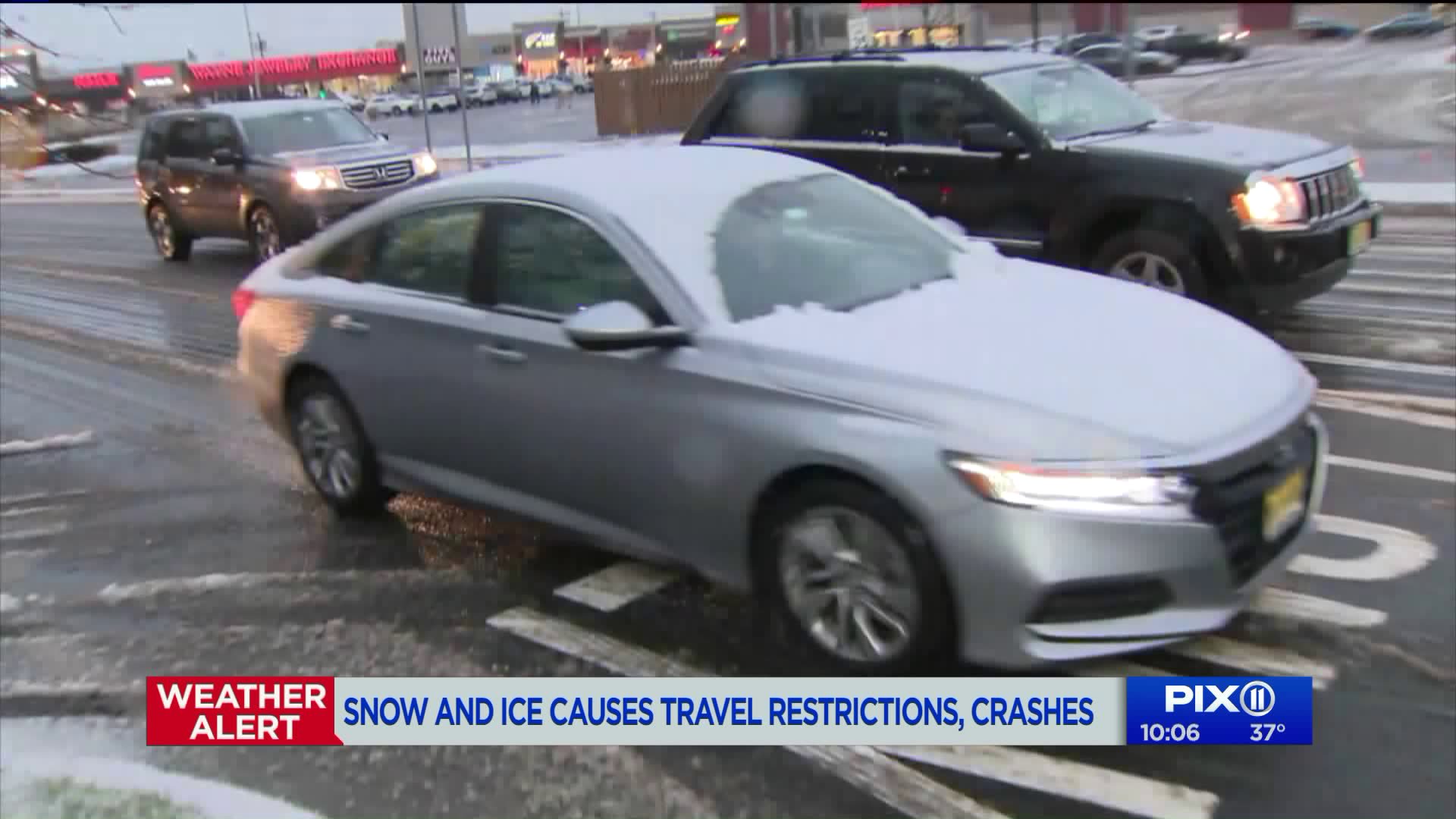 Numerous schools have announced Monday closings as a storm sweeps through the Northeast, bringing black ice, blustery winds and a foot or more of heavy snow. 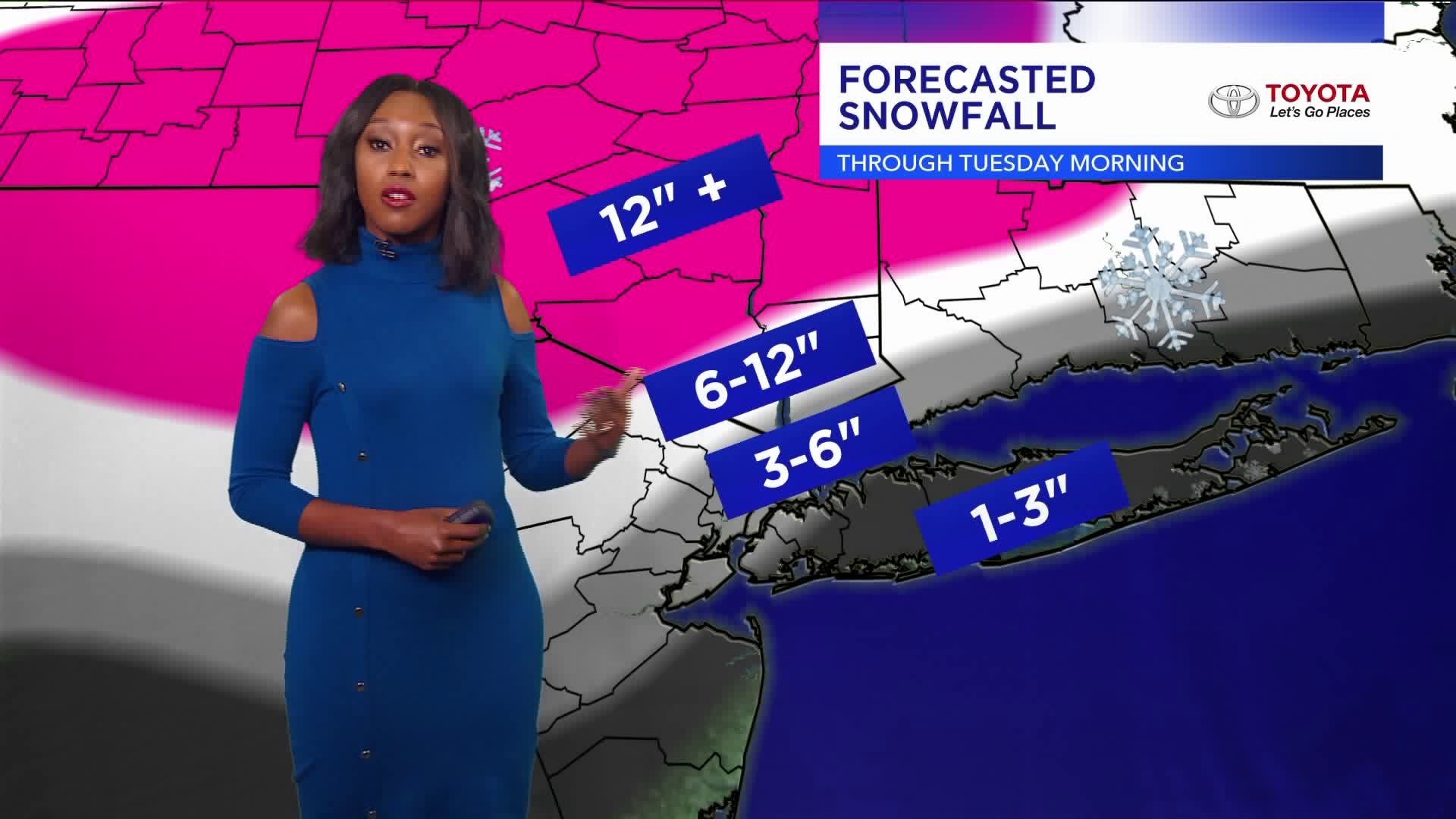 NEW YORK — The first major storm in the Northeast of the season has arrived and one inch to more than a foot of snow is expected in areas around New York City.

The hazardous conditions could impact the morning and evening commute on Monday.

After mostly rain overnight, anticipate all snow by around noon Monday, likely continuing throughout the day and evening.

Expect 1 to 3 inches across Nassau and Suffolk Counties. It will also be around 1 to 3 inches in the five boroughs, but isolated spots could see a little bit more.

There will be 3 to 6 inches along I-95. North of the city, especially around Putnam County, northern Westchester County, Rockland and parts of Orange, expect 6 to 12 inches. There could be more than a foot in the upper Hudson Valley region.

A winter storm warning is in effect for the interior lower Hudson Valley and interior northeastern New Jersey.

The storm is slated to become light and eventually clears out during the overnight and early morning hours on Tuesday.

There is a winter storm warning until Tuesday morning north and west of the city, including: Northern Fairfield, Western Passaic, Eastern Passaic, Western Bergen, Orange, Putnam, Rockland and Northern Westchester.

A coastal flood advisory will go into effect from 10 a.m. to 3 p.m. Monday.

With this blast of winter weather, New York City officials have declared a "Code Blue." Warming shelters are open for anyone without a place to go. If you see someone at risk, call 3-1-1 to get them help.

In New Jersey, you can call 2-1-1, and on Long Island shelters are open through tomorrow.