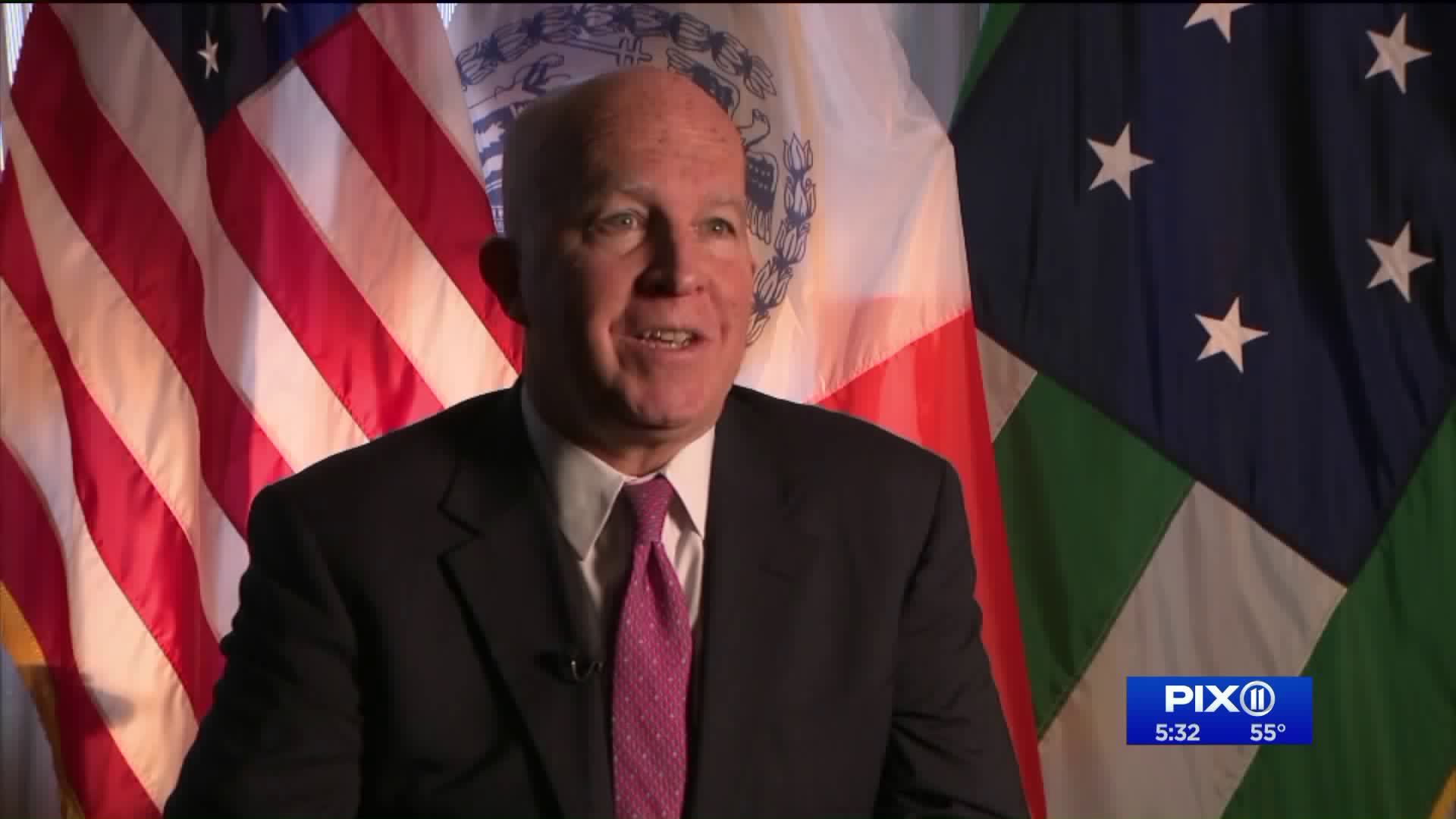 James O`Neill is going to start work next month as the new senior vice president and global head of physical security for credit card giant Visa Inc. O`Neill, 61, has been with the police department for 36 years. He was named commissioner in September 2016. He called it "the best job in the world."

MANHATTAN — It’s a changing of the guard at the top of the NYPD, the nation’s largest police department.

Shea was officially sworn in to his new position just after midnight Sunday, with a more formal ceremony planned for Monday with Mayor Bill de Blasio.

The 62-year-old  O’Neill is retiring  after 36 years with the department, the last three as commissioner.

He won’t be out of work long. He starts Monday as global security chief at credit card giant Visa Inc.

The 50-year-old Shea started as a Bronx patrolman in 1991 and gained prominence in the department as a crime stats guru.

De Blasio says he’s “one of the best-prepared” incoming commissioners the city has seen.

As commissioner, Shea will  have to contend with  looming bail reforms, pressure to reduce arrests and dissent among some of the department’s 36,000 officers.