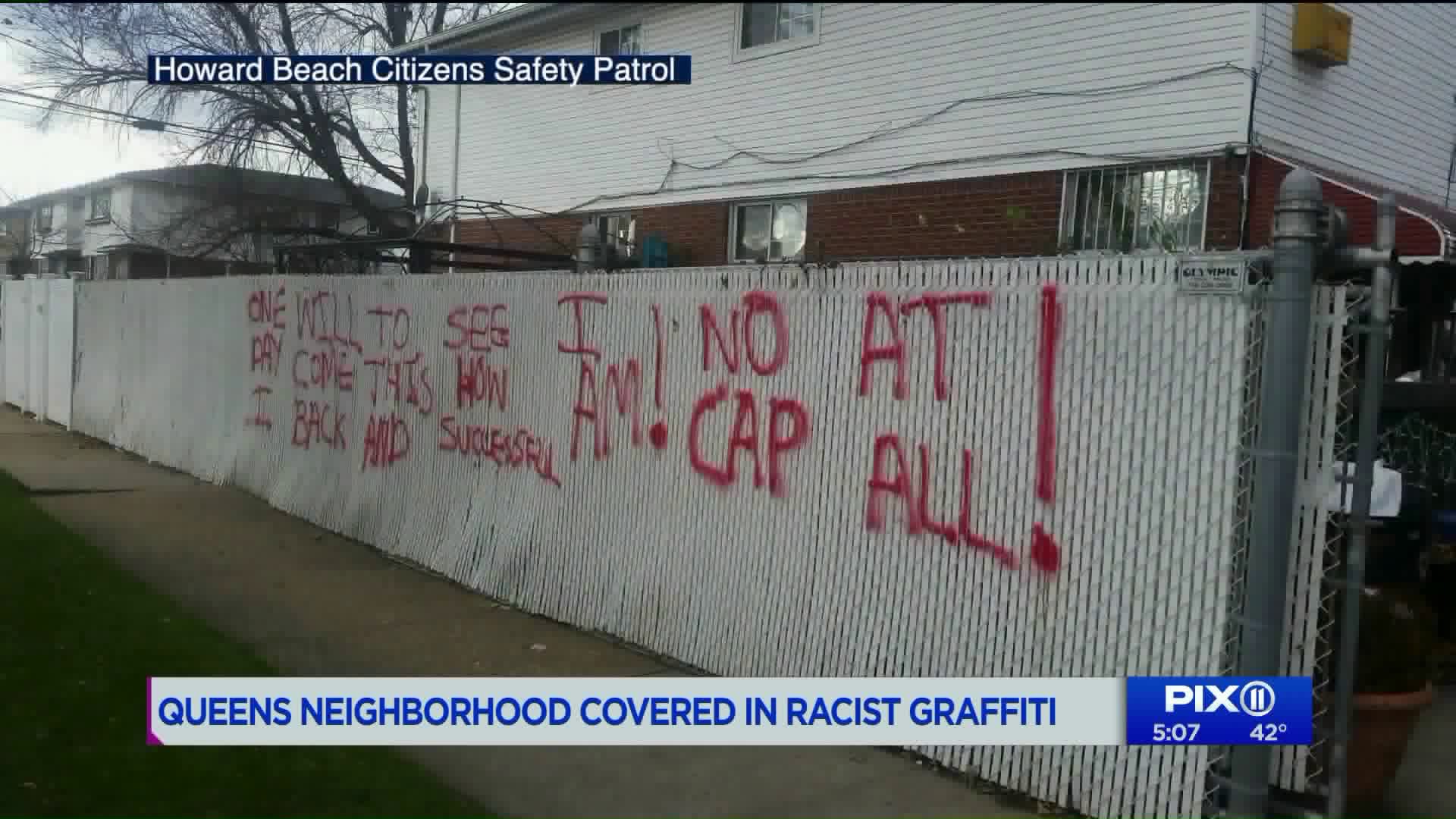 ”You don’t want to be reminded of the hate in the world, especially during the holidays,” said Jacqueline Careccia, who has been living in the Queens neighborhood her whole life.

“It’s a time to focus on the good things in life.”

But she told PIX11 Saturday she was reminded of that hate on Thanksgiving.

“My kids and I got up excited to begin the day and we came out to see the graffiti.”

Words like "f--- white people" were spray-painted in black and red all over fences, trees and sidewalks near 151st Avenue and 81st Street.

“They were very hateful,” said another neighbor.

Lina Fransis, another long time Howard Beach resident, said “it was something scary and dangerous for the neighborhood and for people to write something like that.“

According to neighbors, some good did come out of it.

“It did bring the neighborhood together. We helped each other, even power washed each other’s trees.”

But still, the vulgar words cut deep for many families, who just wanted to celebrate and give thanks with their loved ones this holiday.

“I don’t want to see it again, it’s disgusting. I want to see the person who did this get caught,” added Careccia.