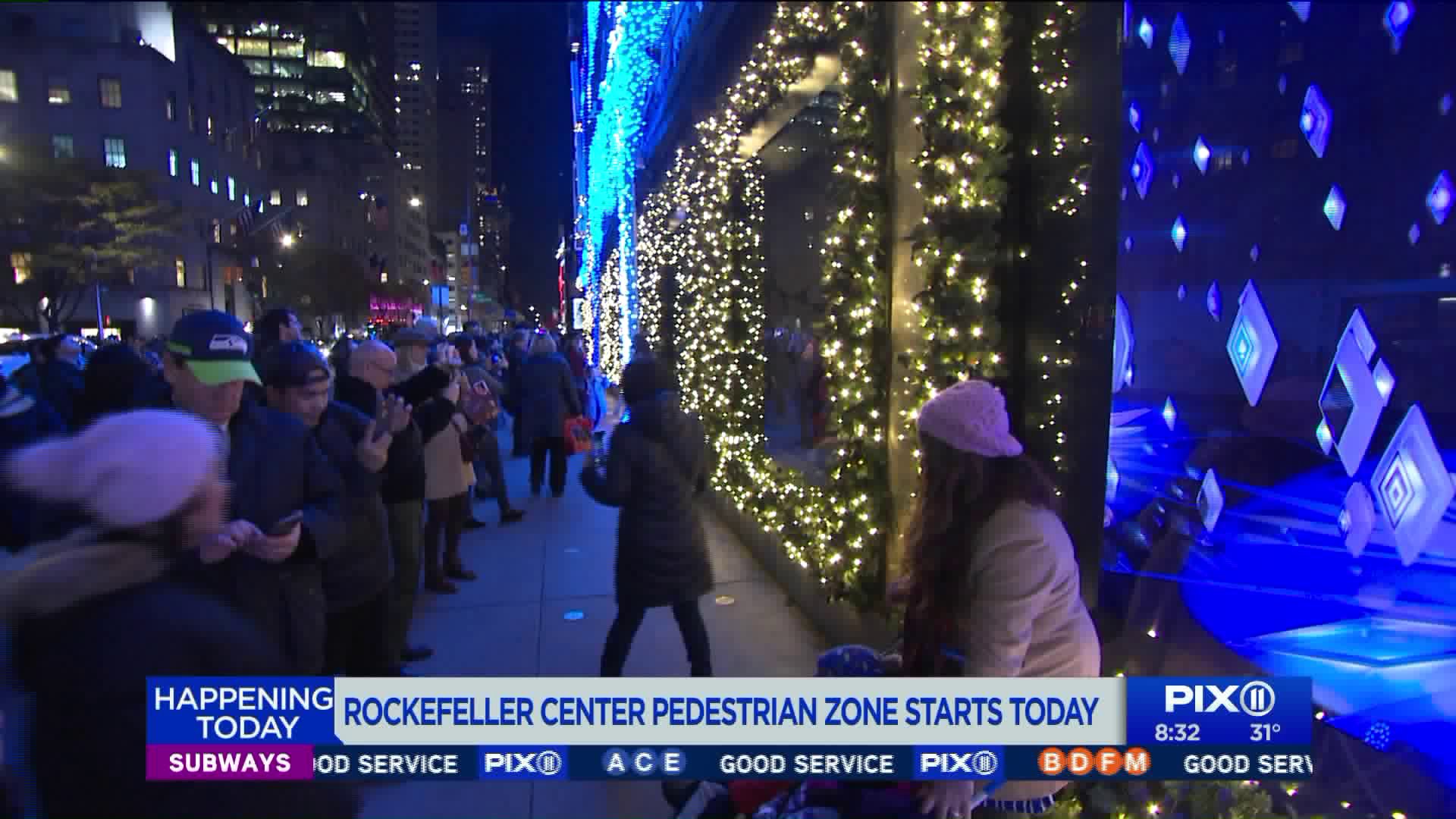 The holiday season is underway, and that means more shoppers and tourists will be flocking to some of the most popular sightseeing locations in New York City, including Rockefeller Center. 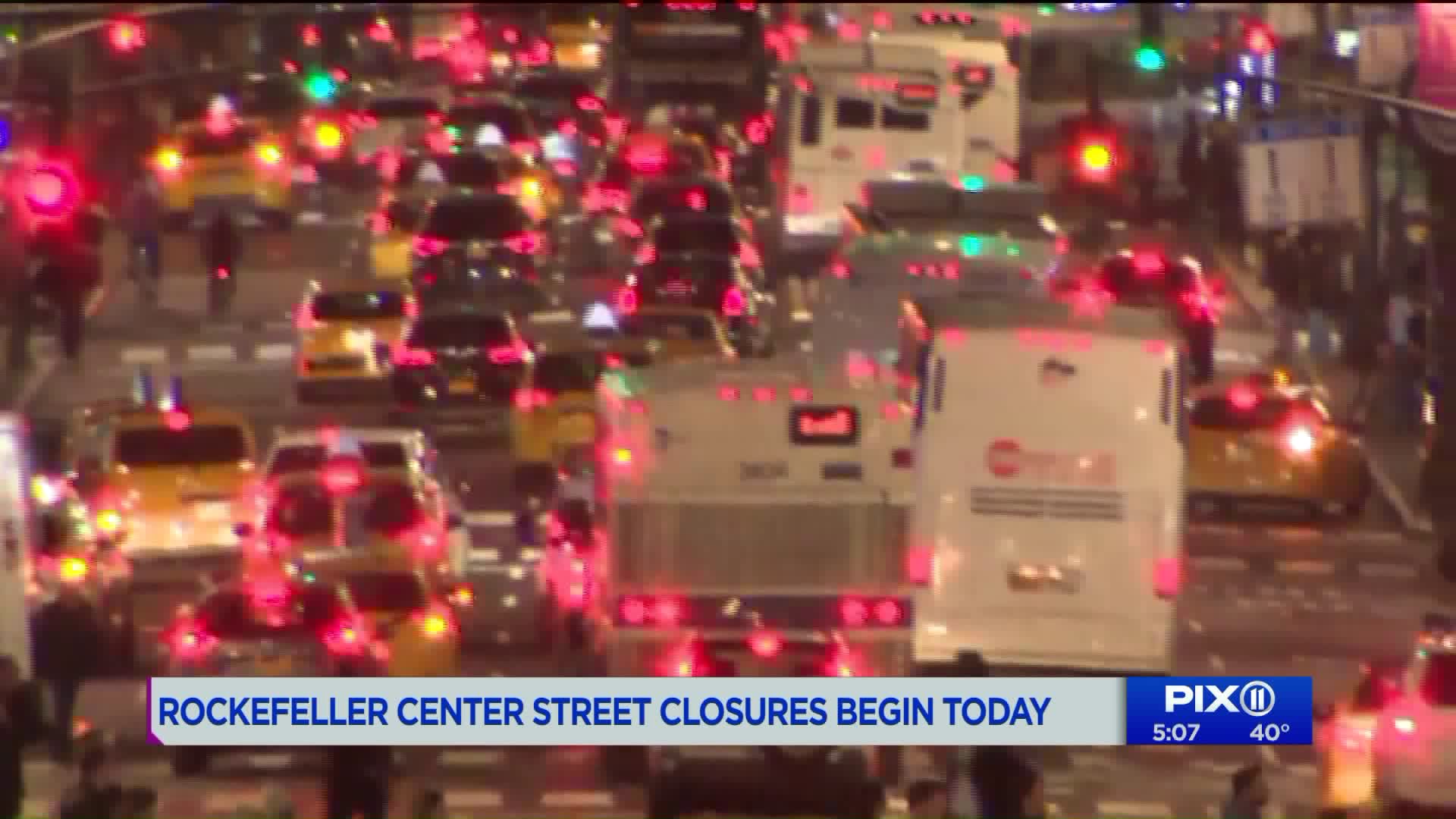 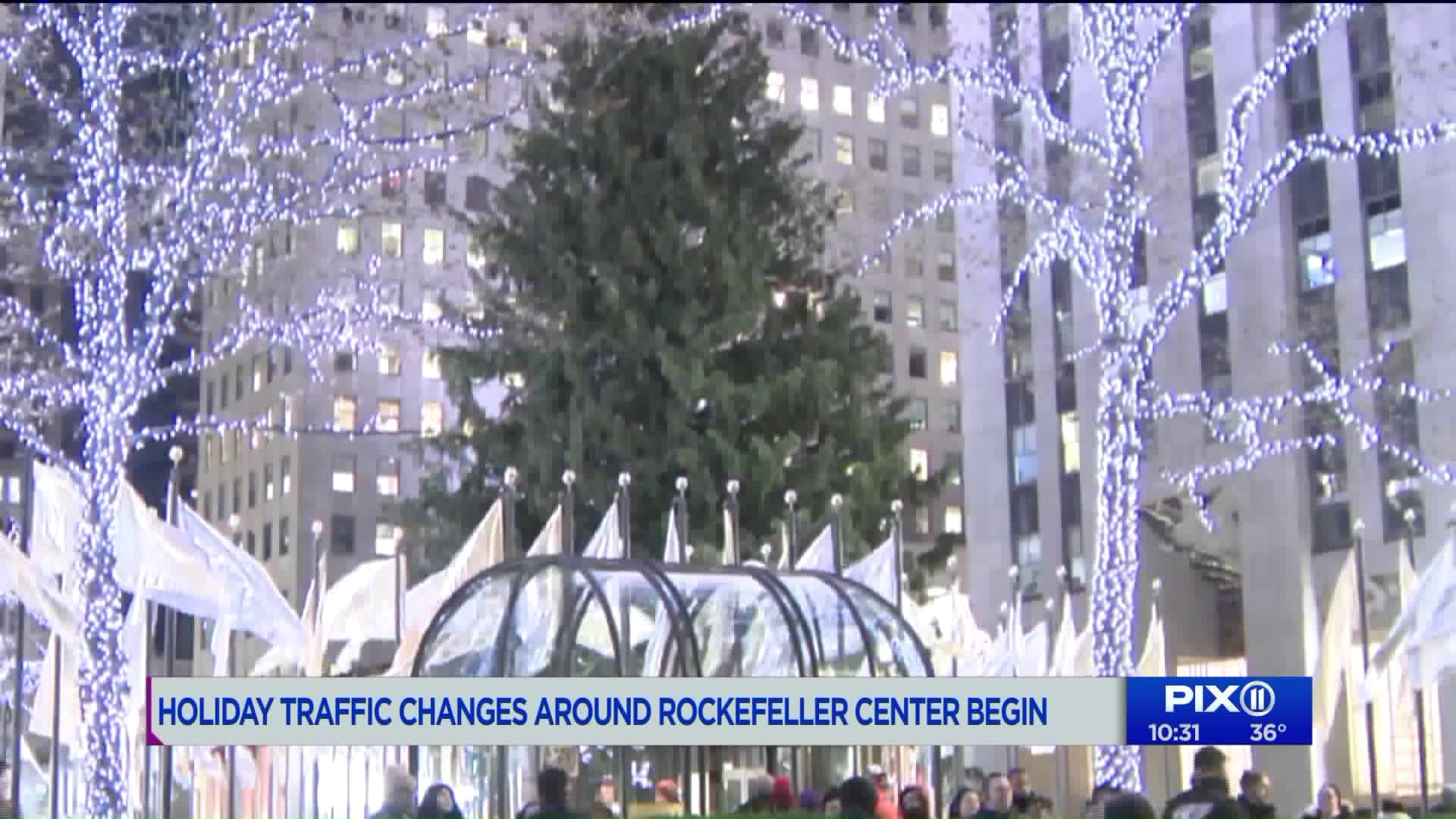 MANHATTAN — The city of New York is doing some redecorating around Rockefeller Center this month.

Beginning Friday, 49th and 50th Streets between 5th and 6th Avenues will be open only for pedestrians during the most congested hours.

Movable barriers will be placed on the east and west sides of 5th Avenue between 48th and 52nd Streets. This eliminates a lane of traffic on each side of the avenue to create more pedestrian space. Additionally, there will be no turns on 47th, 49th, or 51st Streets.

Barriers will be put in place between 5 p.m. or earlier and midnight during the week, and between noon or earlier on weekends.

Along 6th Avenue, movable barriers may be placed on the east side of the street between 48th and 52nd Streets, eliminating one lane of traffic to create more pedestrian space, depending on conditions.

MTA buses will bypass 48th to 52nd Streets. City officials say buses are usually diverted away from the area during the holiday season and some bus stops have been changed in the past.

The UFA called the move “misguided and makes this city less safe,” while MTA President Andy Byford called the plan “disappointing” since it “gives no priority to MTA buses and ignores the needs of bus customers.”

The plan goes into effect at 1 p.m., and the traffic changes run through at least Jan. 1.